After failing to keep him off the ballot over issues with his tax returns, California Democrats have now resorted to investigating gubernatorial candidate Larry Elder’s financial disclosures.

According to the Hill, California’s Fair Political Practices Commission (FPPC) has launched an investigation into Larry Elder’s financial disclosure after the state’s Democratic Party “filed a complaint against Elder, accusing the Republican of not properly disclosing aspects of his finances and business.”

Earlier in the month, the Los Angeles Times reported that Larry Elder “improperly listed financial disclosures related to Laurence A. Elder & Associates Inc, a business which experts told the news outlet it appeared he owned.”

In this July 13, 2021 file photo radio talk show host Larry Elder speaks to supporters during a campaign stop in Norwalk, Calif. Elder, in his first press conference since announcing his candidacy July 12, told reporters that if he replaces Democratic Gov. Gavin Newsom in the Sept. 14 election any mask or vaccine mandates in place at that time “will be suspended right away.” (AP Photo/Marcio Jose Sanchez, File)

In Elder’s Statement of Economic Interests, the Times reported that the candidate did not specify that he owned a stake of the company and only indicated that it was “a source of income”:

An Elder spokeswoman had told the Times that “it appears there might have been an oversight” and his filing was later updated to show that he owned 100 percent of the company. He also updated that the company was valued at between $100,000 and $1 million.

The FPPC told the lawyer representing California’s Democratic Party that it has not made a determination about the validity of the allegations.

“You will next receive notification from us upon final disposition of the case. However, please be advised that at this time we have not made any determination about the validity of the allegation(s) your client has made or about the culpability, if any, of the person(s) identified in the complaint,” the letter to the lawyer said.

Elder could be charged a maximum of $5,000 for each penalty if found guilty of the violation. Elder’s campaign spokeswoman Ying Ma said in a statement that the investigation is “very common in the campaign world,” arguing that Elder made a simple mistake. 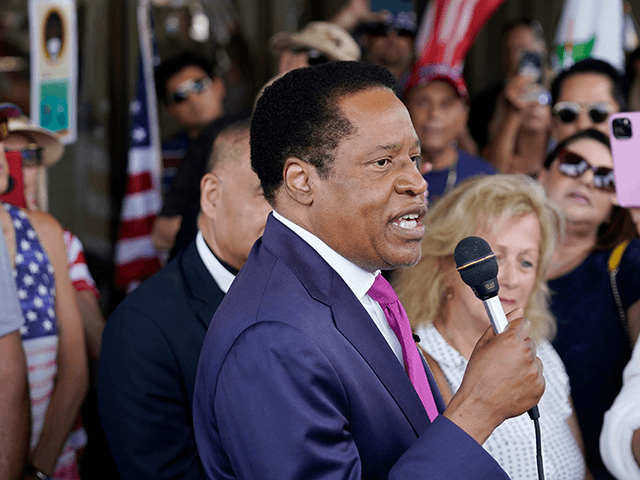 In this July 13, 2021, file photo, conservative radio talk show host Larry Elder speaks to supporters during a campaign stop in Norwalk, Calif. Elder was not on the list of candidates released Saturday in the recall election that could end the term of California Gov. Gavin Newsom. (AP Photo/Marcio Jose Sanchez, File) 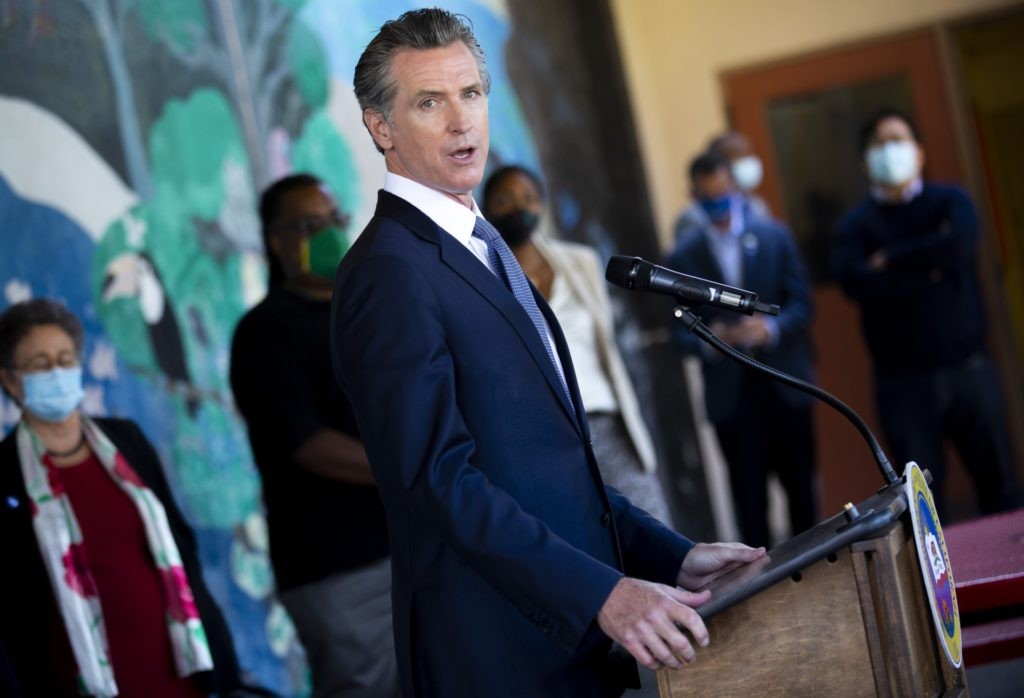 In this Aug. 11, 2021, file photo, California Gov. Gavin Newsom speaks with reporters at Carl B. Munck Elementary School in Oakland, Calif. Newsom has sharpened his message in the recall’s final month and is focusing his attention on conservative rival Larry Elder, who has pledged to end California’s mask mandate. The last day to vote is Sept. 14. (Santiago Mejia/San Francisco Chronicle via AP, Pool, File)

“We made a simple mistake and we fixed it as soon as possible. These investigations are very common in the campaign world,” said Ma.

The investigation comes after Elder successfully battled to get his name on the recall ballot when California Secretary of State Shirley Weber tried to exclude him by arguing that he failed to file complete tax returns. Just last week, Politico reported allegations from Elder’s former fiancee who said that he once brandished a gun in her presence while he was high on marijuana.

“I have never brandished a gun at anyone. I grew up in South Central; I know exactly how destructive this type of behavior is. It’s not me, and everyone who knows me knows it’s not me. These are salacious allegations,” Elder told Breitbart News.