The director of the FBI said in an Inside the FBI podcast that on the 20th anniversary of 9/11, the United States faces the same threat level of terrorism as it did on that September morning that claimed the lives of 2,977 people.

“Since 9/11, we’ve heard words like al Qaeda, ISIS, ISIS- K. Sometimes it feels like every month there’s a new terrorist organization with a new name. Can you talk about the evolution of terrorism since 9/11?” the podcast host asked Christopher Wray.

“So, the first thing I would say about the terrorist threat today versus 9/11 is that it’s just as much of a threat today as it was on 9/11,” Wray stated. “It’s just maybe different in certain ways.”

“After 9/11, the focus was very much, for the first few years afterwards, I can remember being intensely focused on what you might think of as sort of the classic sleeper cells, you know, al Qaeda sleeper cells, maybe some other similar type of terrorist group,” according to Wray. “And that’s still a concern, still a risk, but in some ways the threat has evolved since then”:

Fighters from Al-Qaeda’s Syrian affiliate Al-Nusra Front drive in armed vehicles in the northern Syrian city of Aleppo as they head to a frontline, on May 26, 2015 (Fadi al-Halabi/AFP/Getty Images).

“That kind of threat, the sleeper cell, you know, those are plots that if you’re planning some large-scale attack you got to involve a number of people, they have to be communicating with each other, they have to generate the money to pay for it, they have to plan, they have to prepare, and they have to execute,” Wray said. “And so, you often hear the saying about dots to connect; well, if you know where to look, there’s a lot of dots out there for a plot like that to find and to connect.”

“What we see today is not just that threat, but a more diverse threat,” Wray commented. “So, we see people who are inspired, lone actors or small cells maybe, who are inspired online and who may be choosing to attack soft targets—which is just everyday people living their everyday lives—not some major landmark perhaps.”

“And they’re using easily accessible weapons, a gun, a knife, a car, some crude IED that you can figure out how to build off of the internet,” Wray said. “And they’re going from the idea, the radicalization, to the attack in days or weeks instead of months or years. So, you’ve got fewer dots to connect and less time to do it.”

The host asked Wray what he wanted people to know about the bureau and what it does. He answered by praising those who work at the agency and listed the terrorist threats that were thwarted.

“I guess if I had to pick one thing above everything else that I wish the public could see, in the way that I get to see, it’s the FBI’s people and our partners,” Wray said. “The unbelievable diligence, dedication, selflessness, heroism, frankly. And then skill. We have, just on the terrorism side alone, we have thousands of investigations, in the terrorism space alone in a year,” Wray stated. “Every year since I’ve been FBI director we’ve had 100 or so arrests, both on the international terrorism side, the foreign terrorism side, and the domestic terrorism side each. We’ve thwarted attacks all over this country, and most people don’t even know about a lot of these.”

“We’ve prevented attacks that could have been truly catastrophic in places like the Fisherman’s Wharf in San Francisco,” Wray said. “It has something like 29,000 people a year visit that place. Or a shopping mall in Miami that has about 60,000 people at day. A Fourth of July celebration in downtown Cleveland. A tourist hub, the National Mall, here in D.C.”

“Attempts to blow up churches or synagogues in places like Long Beach or Las Vegas or outside of Denver,” Wray relayed. “An ISIS supporter who wanted to, tried to, commit an attack on Memorial Day weekend down near Tampa.”

Wray concluded by saying he believes the FBI and its partners are keeping the country safe: 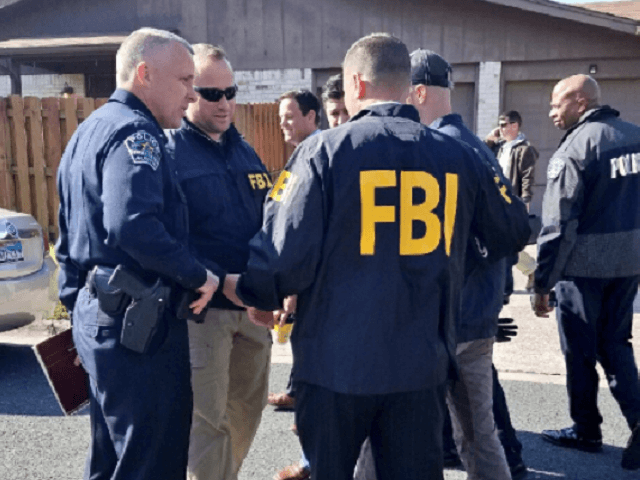