The event less than one one-hundredth of one percent of the world has been waiting for is finally here. The 94th Academy Awards is underway at 8 p.m. Eastern live from the Dolby Theater in Los Angeles, California.

Host-less no more, the three-hour ABC broadcast will be emcee’ed by not one but three left-wing celebrities: Actress-comedians Amy Schumer and Wanda Sykes and Nine Perfect Strangers star Regina Hall. Like seemingly every Oscars over the last decade, this one is steeped in controversy. Cutting eight awards and acceptance speeches — like hairstyling and makeup — from the live broadcast kicked off backlash with more than 70 Oscar winners, including James Cameron, Kathleen Kennedy, and Guillermo del Toro, warning that the change would turn some nominees into “second-class citizens.”

Those presentations started at 7:00 p.m. and will be edited into a broadcast that producer Will Packer has promised will be a tight three hours.

There were reports that host Amy Schumer lobbied to land a speaking segment to feature Ukrainian President Volodymyr Zelenskyy. It’s unclear if that will happen but actor Sean Penn called for a broadcast boycott if Zelenskyy doesn’t make an appearance. Show producer Will Packer has said the war in Ukraine will be respectfully acknowledged during the broadcast.

Sean Penn called for a boycott of the Oscars and promised to publicly melt his statuette if Zelenskyy was not allowed to speak at the ceremony. pic.twitter.com/Jfpdx9idIE

One things that’s different: Hollywood stars are going maskless on Sunday. But local preschoolers enrolled in the Los Angeles Unified School District are still being forced to wear masks while indoors.

As the night’s biggest expected winners, Netflix’s The Power of the Dog, Jane Campion’s gothic western, comes in with a leading 12 nominations and a good chance of snagging the top award. But all the momentum is with Sian Heder’s deaf family drama CODA, which, despite boasting just three nods, is considered the favorite. A win would be a triumph for Apple TV+, which acquired the movie out of the Sundance Film Festival last year and has spent big promoting it to academy members.

But expect the most awards on the night to go to Dune, Denis Villeneuve’s sweeping science fiction epic. It’s the odds-on-favorite to clean up in the technical categories.

One of the biggest questions is how the broadcast will command worldwide attention for a night of Hollywood self-congratulation after two years of a pandemic and while Russia’s war ravages Ukraine. The broadcast — like other awards shows — has seen its ratings fall off a cliff. A decade ago, close to 40 million people were tuning in to watch. In recent years, a broadcast known for sappy speeches soaked in self-obsession has revved up political preaching and elebrity virtue signaling from the awards stage. Last year’s show garnered less the 10 million viewers, a stunning decline from the more than 23 million who watched just a year earlier.

Producers are pulling out all the stops. A throng of Instagram influencers have been brought in to help goad younger viewers to watch ABC’s live telecast. Producers have also lined up a star-studded group of performers including Billie Eilish and Beyoncé to sing nominated songs, while the “Encanto” cast will perform Lin-Manuel Miranda’s breakout hit “We Don’t Talk About Bruno.”

Another ratings Hail Mary: The addition of a new “fan favorite” prize voted for by the public — introduced after popular blockbusters such as Spider Man: No Way Home and Bond flick No Time To Die received only a handful of nominations.

Will any of it work? Only time will tell.

All times Eastern. Latest updates at the top.

11:45 p.m. — That’s all folks. Check Breitbart News for all the latest drama and fallout from the show and slap heard ’round the world.
11:34 p.m. — The Oscar for Best Picture goes to Coda

11:23 p.m. — The Oscar for Best Actress in a Leading Role goes to Jessica Chastain.

11:21 p.m. — The Oscar for Best Makeup and Hairstyling goes to The Eyes of Tammy Faye.

Chris Rock took the stage and joked that he can’t wait to see Will Smith’s wife Jada Pinkett Smith in GI Jane 2. As the crowd laughed, the camera panned over to Will Smith, who walked up, wound up, and slapped the hell out of Chris Rock.

“Keep my wife’s name out of your fucking mouth!” Smith shouted.

“Okay. I will.” and stunned Rock said.

9:43 p.m. — The Oscar for Live Action Short Film goes to The Long Goodbye.

9:31 p.m. — The Oscar for Best International Feature Film goes to Drive My Car.

“This is dedicated to the deaf community, the ‘CODA’ community, and the disabled community. This is our moment!”@TroyKotsur is the first deaf man to win an Academy Award for acting.

9:03 p.m. — The Oscar for Best Animated Feature goes to Encanto.

8: 45 p.m. — The Oscar for Best Documentary Short Subject goes to The Queen of Basketball.

8:38 p.m. — The Oscar for Best Cinematography goes to Greig Fraser.

8:23 p.m. — The Oscar for Best Actress in a Supporting Role goes to Ariana DeBose.

The Oscar for Best Actress in a Supporting Role goes to… #Oscars pic.twitter.com/uFBNyTThG0

8:13 p.m. — It only took a few minutes before the political bombs were thrown from the Oscars stage.

“Damn that Mitch McConnell” said Wanda Sykes after Regina Hall said responding to Regina Hall saying “This year we saw a frightening display of how toxic masculinity turned into cruelty toward women and children.”

8:09 p.m. — “This year the Academy hired three women to host because it’s cheaper than hiring one man.” Amy Schumer says, a joke about the male-female wage gap.

Pop superstar Beyoncé opened the 94th annual Academy Awards with a live perforce of her nominated song “Be Alive” from the Williams sisters’ movie King Richard. The Grammy-winner sang, surrounded by dancers and a live band, from Venus and Serena Williams’ hometown tennis courts in Compton, California.

7:58 p.m. — Celebrities are pouring into the Dolby Theater just moments before the show begins.

7:36 — The Oscar for Best Makeup and Hairstyling goes to “The Eyes of Tammy Faye.”

The Oscar for Best Makeup and Hairstyling goes to “The Eyes of Tammy Faye.” #Oscars

7:24 p.m. — The Oscar for Documentary (Short Subject) goes to “The Queen of Basketball.”

The Oscar for Documentary (Short Subject) goes to “The Queen of Basketball.” #Oscars

7:22 p.m. — The Oscar for Best Sound goes to “Dune.”
7:07 p.m. — King Richard star Will Smith and his wife actress Jada Pinkett Smith were greeted with screams as they arrived on the red carpet. Will Smith is the strong favorite for best actor for his turn as the father of tennis stars Venus and Serena Williams in “King Richard.”

Will and Jada Pinkett Smith have arrived at the #Oscars https://t.co/5EGH4HFqoo pic.twitter.com/bwyLI3ooK5

Jamie Lee Curtis explained the meaning behind the blue ribbon she wore on the #Oscars red carpet – “it’s a way of standing with solidarity with the displaced people of the world right now” pic.twitter.com/PQweMW3dst

Among the early red carpet arrivals are 94th annual Academy Awards producer Will Packer, Netflix co-CEO Ted Sarandos and director Jane Campion, whose Netflix drama The Power of the Dog has a leading 12 nominations, the cast of Best Picture favorite CODA, Dune star Timothée Chalamet, and Jessica Chastain, a nominee for The Eyes of Tammy Faye.

US actress Jessica Chastain attends the 94th Oscars at the Dolby Theatre in Hollywood, California on March 27, 2022. (VALERIE MACON/AFP via Getty Images) 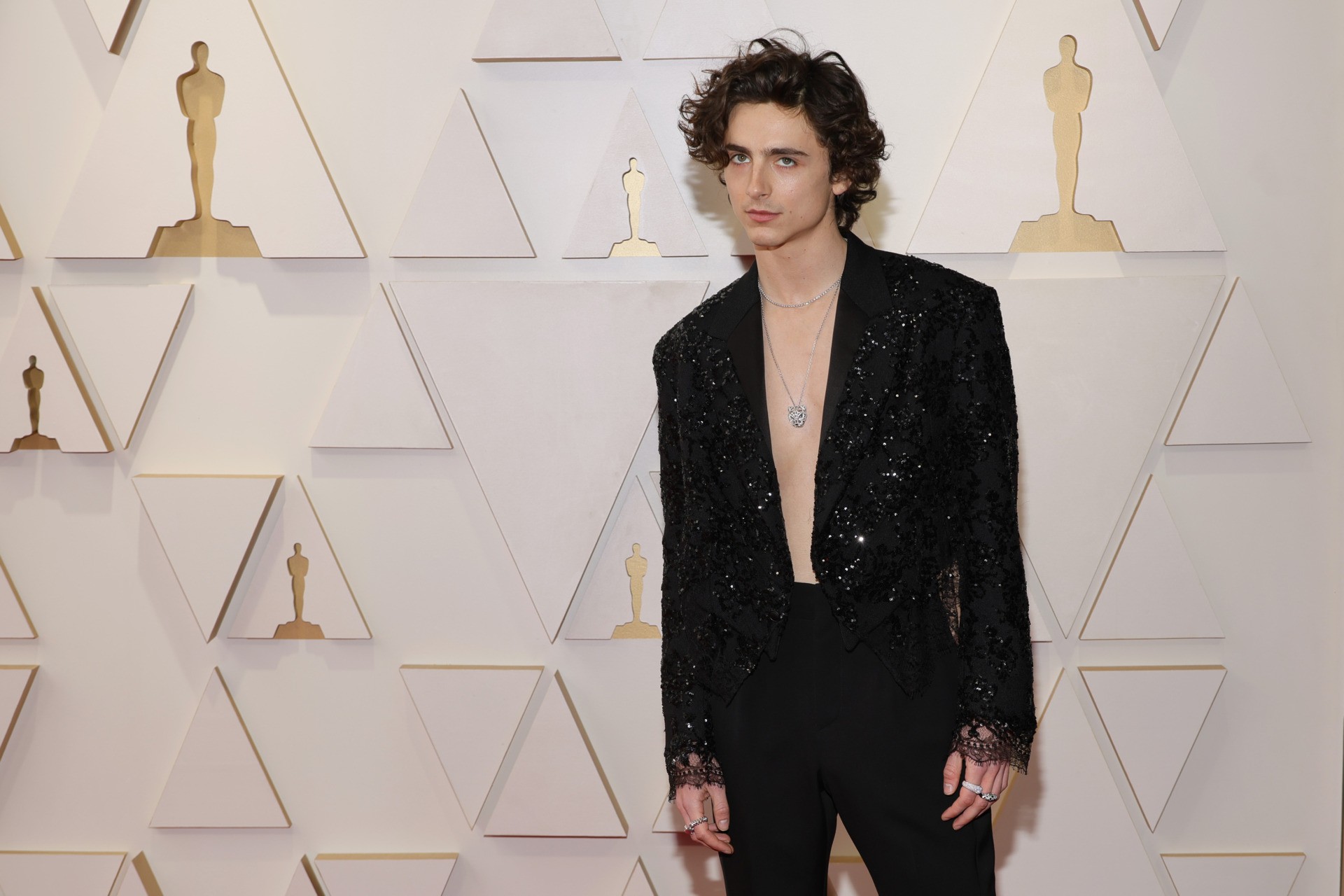 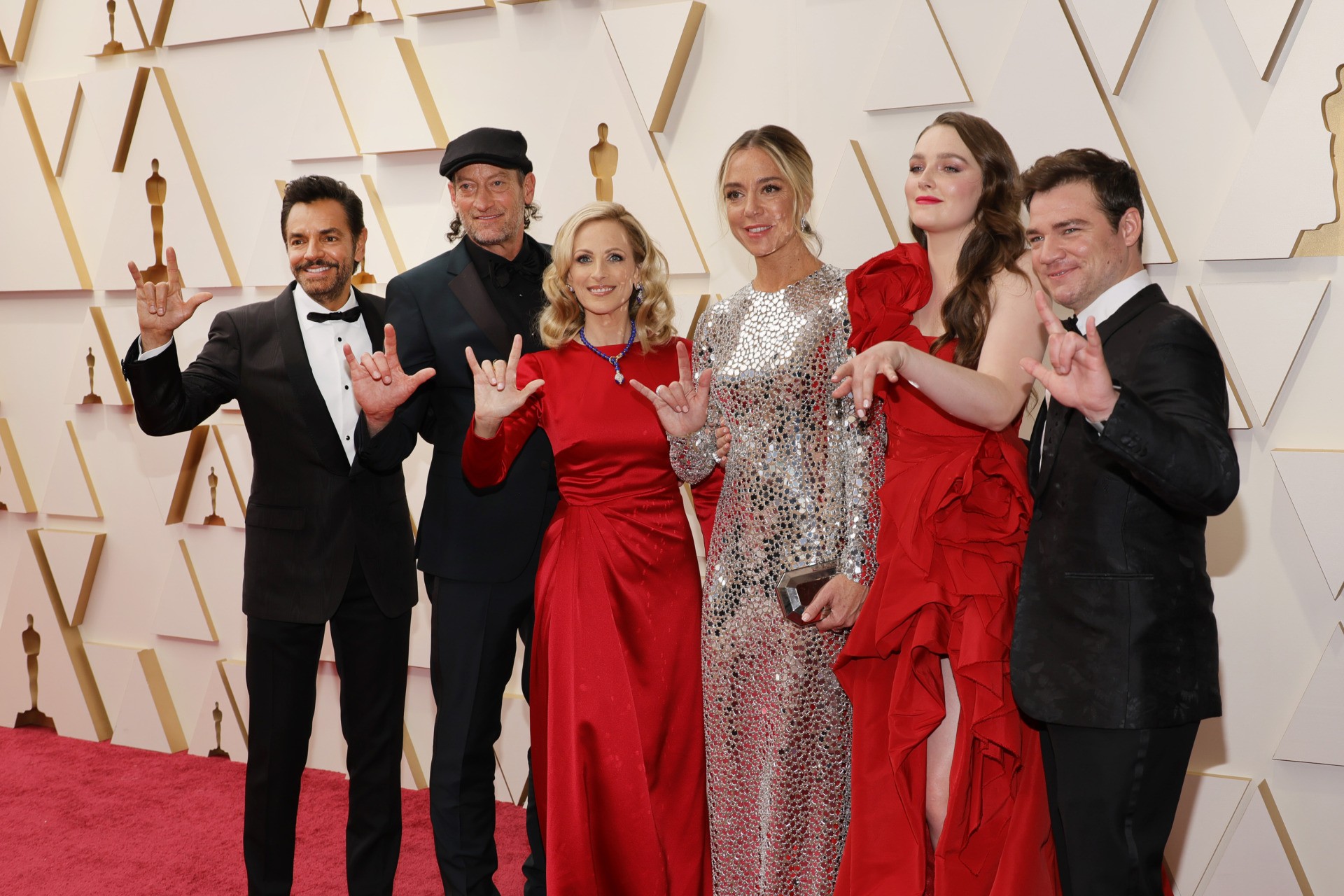 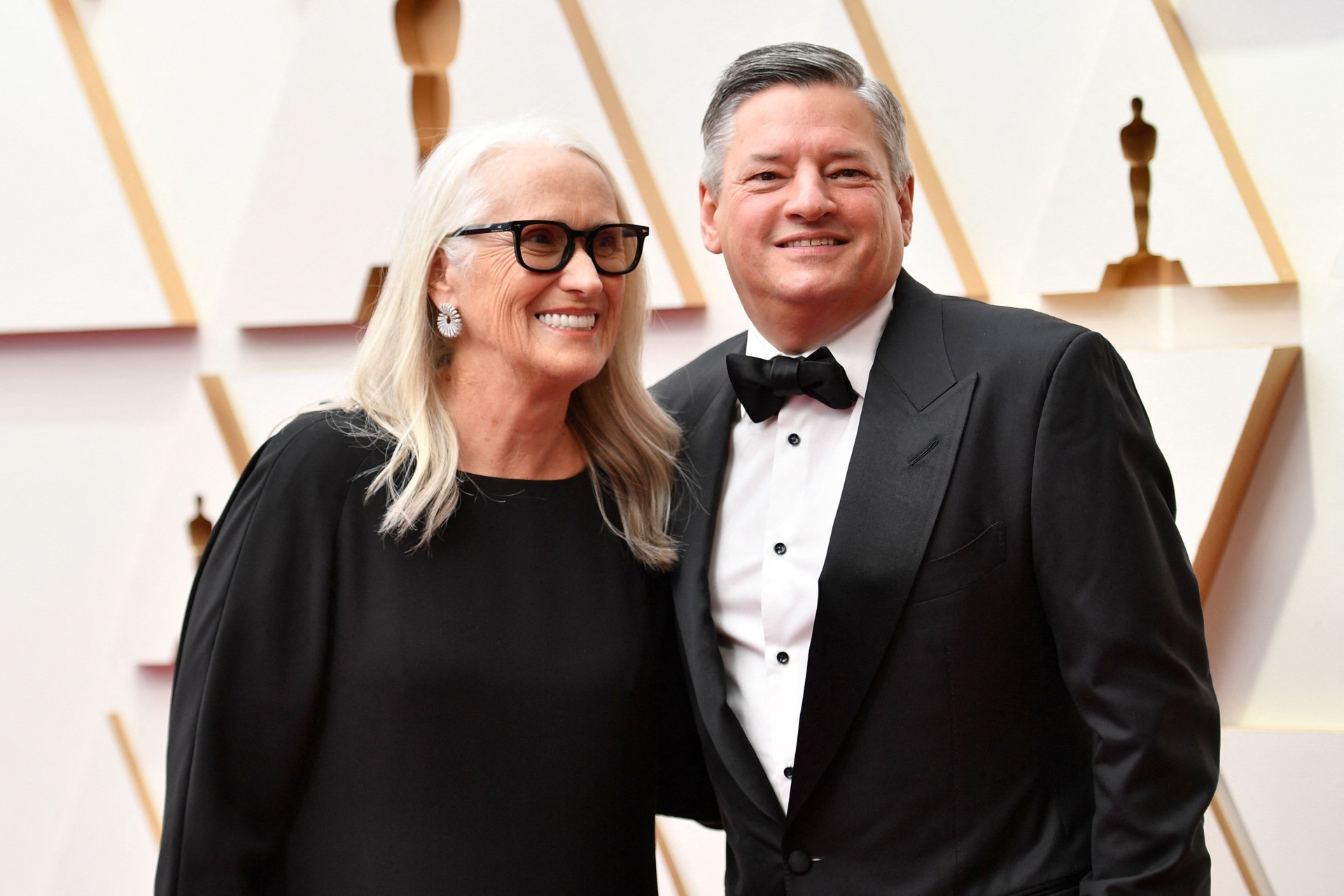 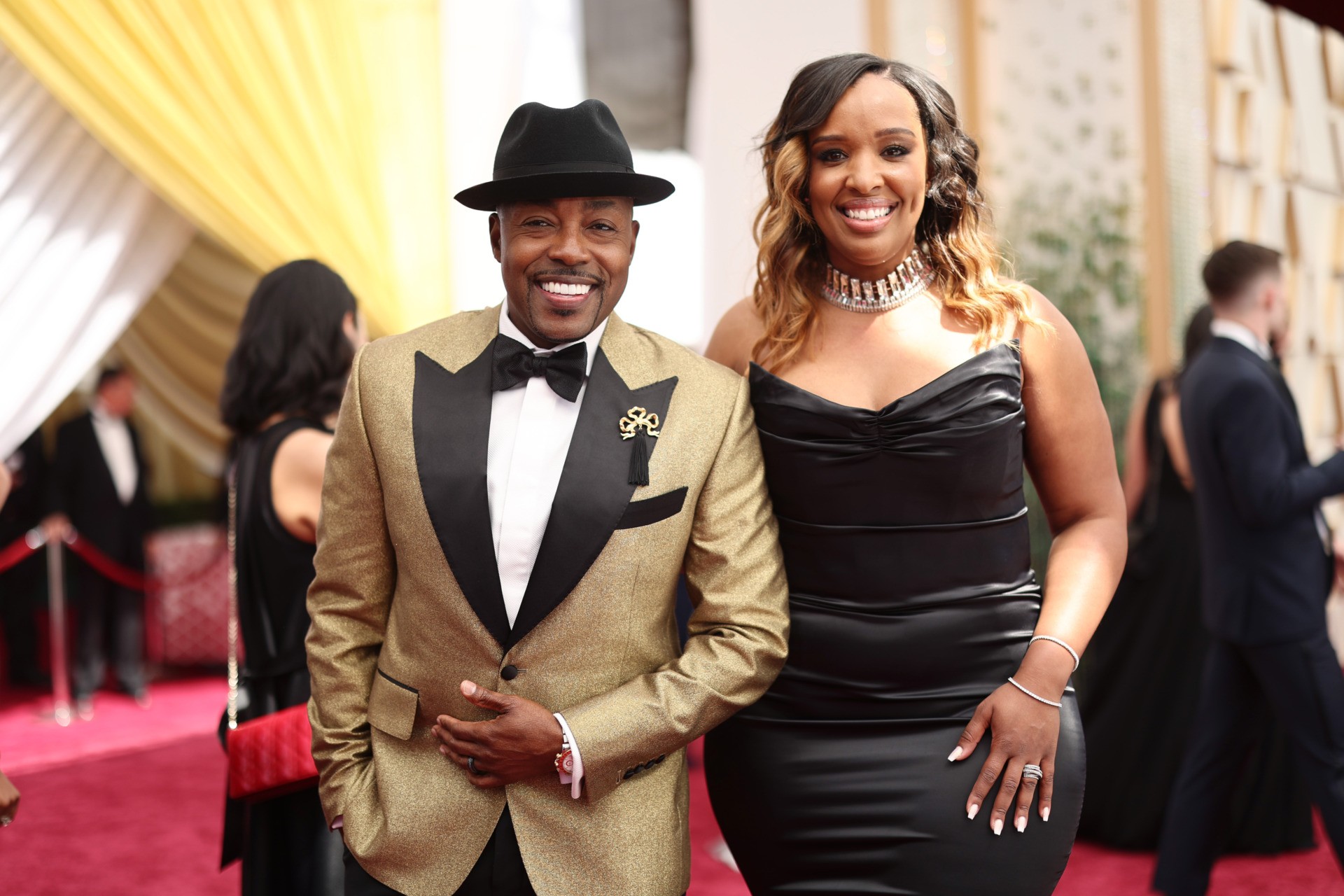 Red Carpet — 4:30p.m. — With most COVID-19 restrictions rolled back, the Academy Awards are rolling out the red carpet at Los Angeles’ Dolby Theatre for the first time since 2019.

Second NC Electrical Substation – This One Near Camp Lejeune

Kirk Cameron Can’t Read To Kids Unless He Cross-Dresses