The PGA Tour is not the only group angry at professional golfers for joining the new, Saudi-backed league. A prominent 9/11 group is also voicing their disapproval.

911familiesunited.org, a group comprised of victims’ families and survivors of the 9/11 terrorist attacks, sent a stern letter to the agents and representatives of golfers such as Phil Mickelson, Kevin Na, and others who have chosen to participate in the Saud-backed LIV Golf Invitational.

Terry Strada, 911familiesunited’s national chairperson whose husband was killed at the World Trade Center, specifically targeted the “depravity” Saudi Arabia showed in setting up a “support network” for the 9/11 hijackers.

As a freedom-loving American, I am grateful to have the freedom of choice where I work and who I work for, and I respect your right as well. As a 9/11 widow, I feel compelled to help you understand the level of depravity the Kingdom engaged in when it knowingly sent government agents here to establish the support network needed for those hijackers.

As you may know, Osama bin Laden and 15 of the 19 September 11 hijackers were Saudis. It was the Saudis who cultivated and spread the evil, hate-filled Islamist ideology that inspired the violent jihadists to carry out the deadly 9/11 attacks.  And, most egregiously, it is the Kingdom that has spent 20 years in denial: lying about their activities, and cowardly dodging the responsibility they bear. Yet these are your partners, and much to our disappointment, you appear pleased to be in business with them.

Given Saudi Arabia’s role in the death of our loved ones and those injured on 9/11—your fellow Americans—we are angered that you are so willing to help the Saudis cover up this history in their request for ‘respectability.’  When you partner with the Saudis, you become complicit with their whitewash, and help give them the reputational cover they so desperately crave—and are willing to pay handsomely to manufacture. The Saudis do not care about the deep-rooted sportsmanship of golf or its origins as a gentleman’s game built upon core values of mutual respect and personal integrity.  They care about using professional golf to whitewash their reputation, and they are paying you to help them do it.

Both Phil Mickelson and LIV organizer Greg Norman have faced a torrent of criticism for their roles in helping establish the Saudi-financed league. Mickelson, in particular, faced sharp backlash earlier this year after comments that many in the media felt belittled the murder of Washington Post reporter Jamal Kashoggi at the hands of the Saudi government. In an effort to use the Saudi-financed league as leverage against the PGA Tour. 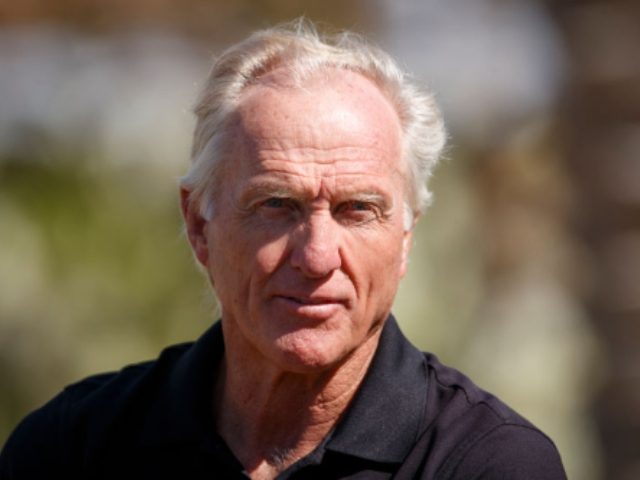 “They killed [Washington Post reporter Jamal] Khashoggi and have a horrible record on human rights,” Mickelson told his biographical author in an interview, ESPN reports. “They execute people over there for being gay. Knowing all of this, why would I even consider it? Because this is a once-in-a-lifetime opportunity to reshape how the PGA Tour operates.”

Mickelson apologized for the remarks, but as to his strained relations with the PGA, in a large sense, the damage was done.

Phil Mickelson, Dustin Johnson, and Bryson DeChambeau, headline a star-studded group of golfers who have bolted the PGA for the LIV. In particular, Mickelson, Johnson, and DeChambeau have received nine-figure compensation from the Kingdom’s Public Investment Fund (PIF). The PIF is a fund comprised of monies from most, if not all of the Saudi royal family and is headed by Prince Mohammed bin Salman.

While golf’s biggest star, Tiger Woods, declined an offer to join the LIV, more golfers are expected to join in the coming weeks.

LGBT Activism In Sports Is Forcing More Christians Off The Field

Alan Dershowitz Rips FBI Raid on Trump, Raises Legal Questions About How It Was Conducted – RedState