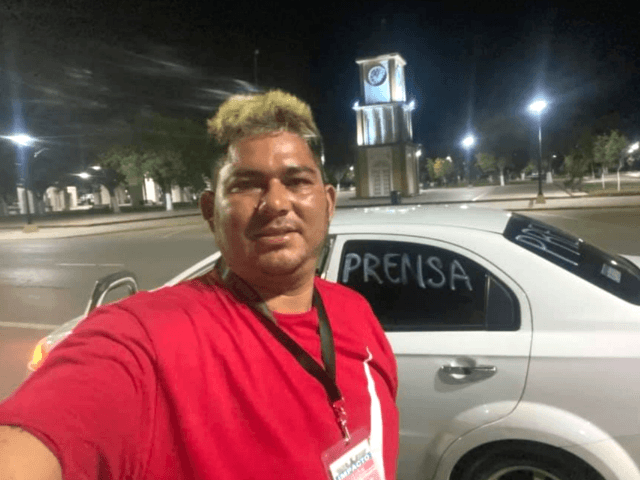 PIEDRAS NEGRAS, Coahuila – Dozens of protesters took to the streets on Friday and Saturday to call out the death of a local blogger who died in police custody. The arrest of the blogger, who comes from a cartel-linked family, followed a verbal confrontation with police at a checkpoint after he videoed the aftermath of a shootout.

The incident began earlier this week in the Mexican border city of Piedras Negras. A group of cartel gunmen attacked a group of police officers, setting off a series of shootouts through the streets of the border city. Local bloggers Juan Nelsio “El Valeador” Espinoza Menera and Nestor Guerra were allegedly videotaping police activities after the shootout when they came across a police checkpoint in the Villa Del Carmen neighborhood.

Espinoza Menera is the nephew of jailed top Los Zetas cartel regional boss Daniel “El Dany” Menera who, before his arrest, controlled most of Coahuila for the drug cartel. El Valeador is also the nephew of failed mayoral candidate Lorenzo Menera who has a history of calling out alleged cases of police brutality by state authorities.

According to information released by the Coahuila government, both men got down from their vehicle appeared to be under the influence of alcohol when they “attacked both verbally and physically” the police officers who were at the checkpoint.

The police officers arrested the two men and were in the process of taking them to the Attorney General’s Office when Espinoza Menera began to show problems breathing. Authorities took him to a local hospital. Doctors declared the individual dead upon arrival, the government statement revealed.

In a series of videos shared on social media, the deceased’s uncle Lorenzo Menera blamed the death of his nephew on state police forces and called on the public to protest them. As Breitbart Texas reported in 2017, several brothers of Lorenzo Menera have been tried and convicted on federal drug trafficking charges in Texas. At the time, Menera admitted to his family’s criminal history.

Editor’s Note: Breitbart Texas traveled to the Mexican States of Tamaulipas, Coahuila, and Nuevo León to recruit citizen journalists willing to risk their lives and expose the cartels silencing their communities.  The writers would face certain death at the hands of the various cartels that operate in those areas including the Gulf Cartel and Los Zetas if a pseudonym were not used. Breitbart Texas’ Cartel Chronicles are published in both English and in their original Spanish. This article was written by “J.M. Martinez” from Coahuila.

Can You Spot The Difference Between These Two Insurrection Photos?