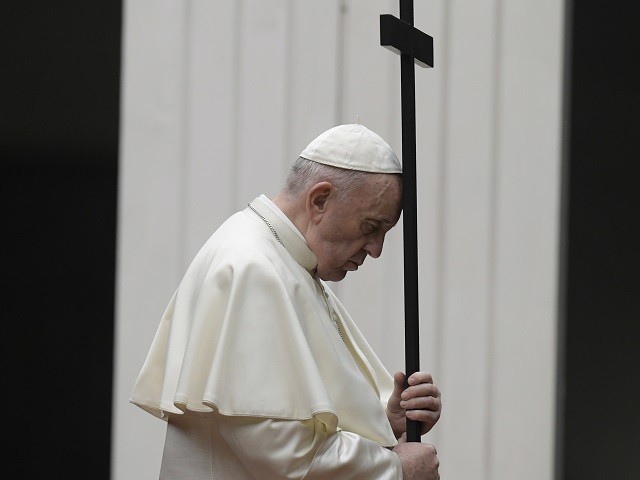 ROME — Pope Francis sent out a message condemning religious terrorism Saturday to mark the United Nation’s International Day Commemorating the Victims of Acts of Violence Based on Religion or Belief.

“God has no need to be defended by anyone and does not want His name to be used to terrorize people,” the pontiff wrote on Twitter. “We call upon everyone to stop using religions to incite hatred, violence, extremism and blind fanaticism.”

Saturday marks just the second celebration of the United Nations day for victims of religion-based violence, a commemoration inaugurated on August 22, 2019.

By proclaiming an International Day to commemorate victims of religiously motivated violence, the General Assembly recalled that “states have the primary responsibility to promote and protect human rights, including the human rights of persons belonging to religious minorities, including their right to exercise their religion or belief freely.”

For his part, U.N. Secretary-General António Guterres also released a statement Saturday, noting that the “right to freedom of religion or belief is firmly trenched in international human rights law and is a cornerstone for inclusive, prosperous and peaceful societies.”

Pope Francis has been working in close concert with the United Nations as an important instantiation of his vision for multilateral governance and decision-making.

The pope has said he believes trust in multilateralism is “indispensable for building a peaceful world” while condemning populist and nationalist movements because they are “weakening the multilateral system” the League of Nations began.

“Trust in dialogue between people and between nations, in multilateralism, in the role of international organizations, in diplomacy as an instrument for comprehension and understanding, is indispensable for building a peaceful world,” Francis said in a video message recorded in the company of the U.N. secretary-general.

“It is necessary to recognize ourselves as members of a single humanity and take care of our earth that, generation after generation, has been entrusted to us by God in custody so that we cultivate it and leave it in inheritance to our children,” Francis said.

“The commitment to reduce contaminating emissions and for an integral ecology is urgent and necessary: ​​let us do something before it is too late,” he added.

Guterres has also heaped high praise on Pope Francis, calling him an important ally of the United Nations because of his important work in environmentalism, multilateralism, and immigration.

In an interview with the Italian daily La Stampa, Guterres reiterated his opposition to the pro-sovereignty movement as well as his shared worldview with Pope Francis.

“I wanted to meet with the Holy Father to express my appreciation for his work,” said Guterres. “He is a strong voice on the climate crisis, on poverty and inequality, on multilateralism, on the protection of refugees and migrants, on disarmament and many other important issues.”

“Through his work, the Pope is contributing to reaching many of our objectives, including the Sustainable Development Goals, combating climate change and promoting a culture of peace,” Guterres added.

Daft Punk Is Now In The Past, After Pushing Pop Into The Future

Clergy & COVID Vaccine — Half of the U.S. Doesn’t Prioritize Clergy for Vaccine: Report

‘No Smoking Gun,’ ‘We Are All Mohammed Bin Salman,’ Say Crown Prince Supporters