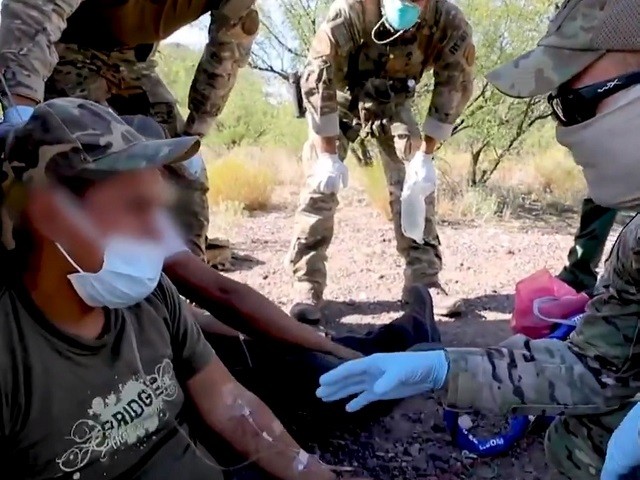 Border Patrol agents along the southwest border with Mexico continue to rescue migrants left behind to die by cartel-connected human smugglers. Despite much lower illegal border crossings this year, the rescue of migrants has already exceeded last year’s total, officials state.

Border Patrol agents from the El Centro Station began a search operation centered in the Davies Valley area. About an hour later, the agents located the man and identified him as the 911 caller, officials stated. The agents provided the man with water and determined he needed no further medical assistance.

Agents identified the man as a Mexican national. He told the agents he was doing well, but was very tired, the report continues. The agents transported him to the El Centro Sector’s rally point where he received a medical screening and a criminal background check. Once cleared the agents expelled him to Mexico under Title 42 coronavirus protection protocols put in place by the Centers for Disease Control and Prevention.

U.S. Customs and Border Protection Acting Commissioner Mark Morgan told Breitbart Texas that the human smugglers will frequently abandon migrants who cannot keep up due to the heat, dehydration, injury, or illness. He said the inhumane behavior of human smugglers forced Border Patrol agents to put their own lives and health at risk to save the migrants.

In the Del Rio Sector, Brackettville Station agents received information on August 18 about two men who were lost on a ranch near Spofford, Texas. The agents began a search and requested the assistance of a Customs and Border Protection Air and Marine Operations aircrew. The search continued throughout the night and into the next morning, Del Rio Sector officials stated.

The search and rescue operation was eventually successful as the agents found the two men. Agents identified the two men as Mexican nationals who illegally crossed the border.

Following a medical screening and criminal background, the two men were expelled to Mexico.

Commissioner Morgan told Breitbart that most illegal aliens apprehended by agents along the border are expelled to Mexico within two hours of their arrest.