The NBA has looked at Christmas Day as their personal showcase for quite some time. However, they might start looking at it differently after looking at the ratings.

The NBA got thoroughly dominated by the NFL on Christmas Day. The NFL’s late Christmas offering of Browns-Packers garnered more viewers than the entire slate of NBA games. For example, the NBA’s featured game, Nets-Lakers, only drew 5.75 million viewers, five times fewer than the nearly 29 million who watched the Browns and Packers.

GREEN BAY, WISCONSIN – DECEMBER 25: Aaron Jones #33 of the Green Bay Packers s tripped up by Greedy Williams #26 of the Cleveland Browns during a game at Lambeau Field on December 25, 2021 in Green Bay, Wisconsin. (Photo by Stacy Revere/Getty Images)

Brooklyn’s win marked the least-watched primetime NBA Christmas game since Rockets-Thunder on ABC alone in ’17 (4.98M), not coincidentally the last such window to face the NFL.

And the bad news continued for the rest of the NBA’s slate.

There was a time when woke ESPN analysts predicted that the NBA would once day replace the NFL as the country’s most popular sport. Not that there was ever really a chance of that happening, but the NBA turning itself into a platform for radical leftist organizations like Black Lives Matter did not help their cause. 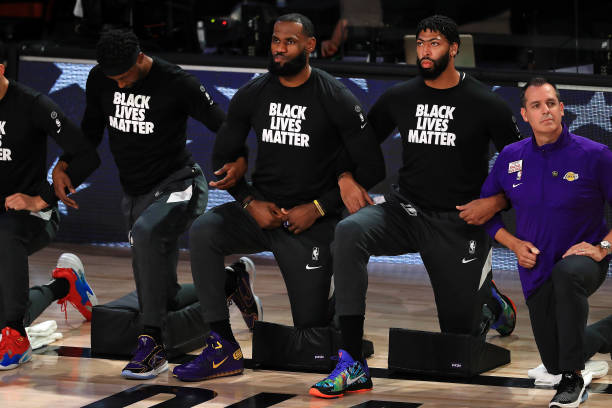