A Pennsylvania state representative announced he is going to introduce legislation that would force men to get vasectomies within six weeks of having their third child or their 40th birthday, “whichever comes first.”

State Rep. Christopher Rabb (D) is creating the bill in response to the Texas Heartbeat Act, a pro-life law that was just enacted in the Lone Star State and bans abortions once a fetal heartbeat is detected. Leftists have been outraged since the law went into effect, and many claim Republicans made the law to control women’s bodies — including Rabb.

“As we head toward climax on this heated discourse around this delicate matter, we should come together to address it with surgical precision. We must also commit to mending the social fabric being sliced up by bitter acrimony,” Rabb said in an October 2 memo to all Pennsylvania House members. [Emphasis added]

“In order to improve public health outcomes and release sweet justice into our households and bedrooms, we must wrap our love of individual liberty in the moral imperative of greater personal responsibility and acknowledge men’s essential role in procreation,” he continued.

Making a play off the Texas law, his bill would “empower Pennsylvanians” to enforce the law by offering a $10,000 reward for reporting to the “proper authorities those scofflaws who have not complied with this statue within the allotted timeframe.” In the Texas law, any person can sue any abortion provider who kills an unborn child after six weeks of gestation, and any person can sue anyone who aids or abets in an illegal abortion. The person being sued must pay the person doing the suing at least $10,000 per illegal abortion they perform or assist.

Rabb also included woke gender terms in his announcement, asserting the biological falsehood that people besides women can become pregnant. 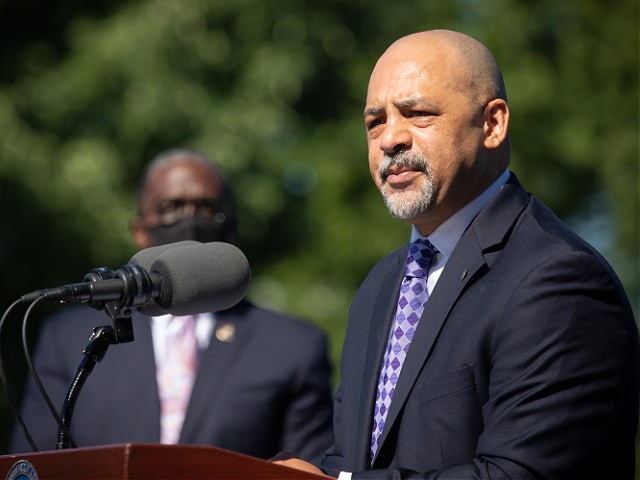 “As long as state legislatures continue to restrict the reproductive rights of cis women, trans men and non-binary people, there should be laws that address the responsibility of men who impregnate them,” he said. “Thus, my bill will also codify “wrongful conception” to include when a person has demonstrated negligence toward preventing conception during intercourse.”

Rabb also tweeted the announcement and noted that his forthcoming legislation is inspired by Illinois state Rep. Kelly Cassidy (D), who, according to the Pennsylvania House Democratic Caucus, introduced a similarly structured bill related to domestic violence.

“The bill introduced by Cassidy in Illinois would allow a person to bring a civil action against anyone who commits an act of domestic violence or sexual assault, as well as anyone who causes an unintended pregnancy or any person who enables those acts,” the caucus said in an October 4 statement.

I will be introducing a bill inspired by @RepKellyCassidy that requires all inseminators to undergo #vasectomies within 6 weeks of having their third child or 40th birthday, whichever comes first. /1

The caucus also said Rabb’s proposed legislation is a “parody” meant to “highlight gendered double standards regarding reproductive rights.” Rabb said he has received threats since he made the announcement.

“Within hours of its circulation of this memo, I have received some of the most hateful and threatening emails and voicemails over my five years in office,” Rabb said. “But I have also received the affirmation and support of people in and far beyond my district who hold reproductive rights sacrosanct — not to mention people who see the value in satire to raise awareness around serious issues such as this.”

Republican state Rep. David Rowe was horrified to read what Rabb had proposed, saying the policy seems more like it belongs in “Communist China.”

BREAKING: House Democrat Introduces Forced Sterilization/Three-Child Limit Bill If there was any doubt that today’s…

“If there was any doubt that today’s progressive left have utterly and completely disregarded your personal medical freedom, then let this be the nail in the coffin,” he said in part in a Facebook post.

“This bill will never see the light of day as long as Republicans control the House, but I wanted you all to be aware how quickly policies that belong in Communist China would become the norm here if Democrats seized total control of State Government,” he concluded.

Rabb is not the first politician to propose forced sterilization in response to pro-life legislation. In 2020, Alabama state Rep. Rolanda Hollis (D) introduced legislation that would have mandated that “every Alabama man to undergo a vasectomy within one month of his 50th birthday or the birth of his third biological child, whichever comes first,” according to a report from Alabama-based Yellowhammer News. Hollis’s legislation was viewed by some as a response to the 2019 state passage of the Human Life Protection Act.