Actress Scarlett Johansson’s lawyer called Disney “misogynistic” in the latest round back and forth amid the Black Widow lawsuit.

“After initially responding to this litigation with a misogynistic attack against Scarlett Johansson, Disney is now, predictably, trying to hide its misconduct in a confidential arbitration,” said Johansson’s main lawyer John Berlinski on Saturday, according to a report Yahoo! Entertainment.

“Why is Disney so afraid of litigating this case in public?” the attorney continued. “Because it knows that Marvel’s promises to give Black Widow a typical theatrical release ‘like its other films’ had everything to do with guaranteeing that Disney wouldn’t cannibalize box office receipts in order to boost Disney+ subscriptions.”

“Yet that is exactly what happened — and we look forward to presenting the overwhelming evidence that proves it,” Berlinski added.

Johansson is suing The Walt Disney Co. over its simultaneous theatrical and streaming release of Black Widow, claiming Disney broke its promise to her that it would open the movie in cinemas first. The actress has alleged the “day-and-date” release benefited Disney executives while depriving her of box-office receipts.

Disney responded to the lawsuit, stating that Johansson had already been paid $20 million for the film and that the release on Disney+ boosted her ability to “earn additional compensation.”

“There is no merit whatsoever to this filing,” a Disney spokesperson told USA Today. “The lawsuit is especially sad and distressing in its callous disregard for the horrific and prolonged global effects of the COVID-19 pandemic.”

Disney has since been accused by feminist groups of launching a “gendered character attack” against Johansson over the manner in which the company responded to the actresses’ Black Widow lawsuit.

On Friday, the Walt Disney Co. expressed its dismay with Johansson for making her financial dispute with the company public, and is demanding that the entire ordeal happen behind closed doors, reports Yahoo! Entertainment. 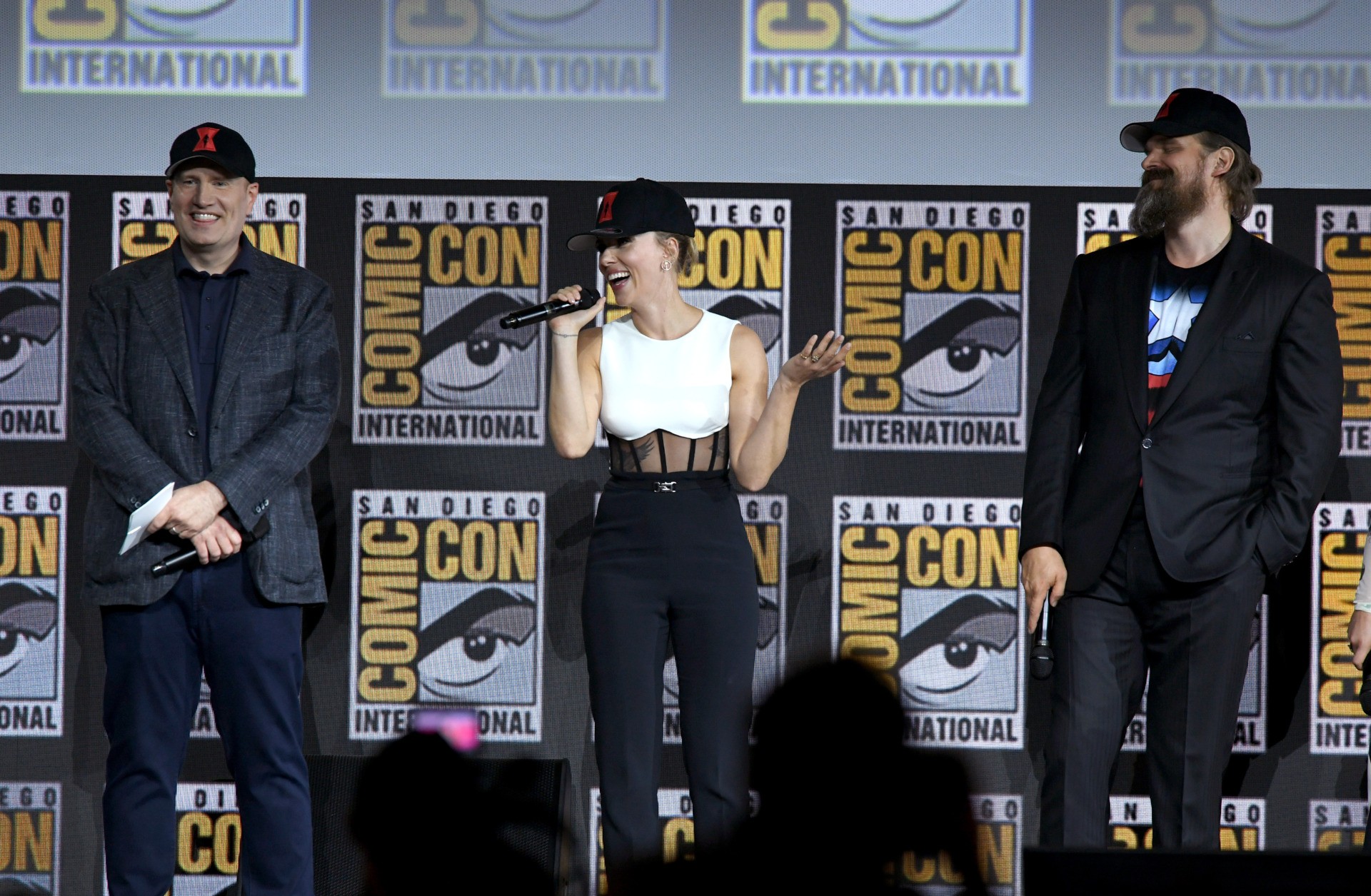 “Periwinkle agreed that all claims ‘arising out of, in connection with, or relating to’ Scarlett Johansson’s acting services for Black Widow would be submitted to confidential, binding arbitration in New York,” said the motion filed on Friday by Disney’s outside lawyers.

Whether Periwinkle’s claims against Disney fall within the scope of that agreement is not a close call: Periwinkle’s interference and inducement claims are premised on Periwinkle’s allegation that Marvel breached the contract’s requirement that any release of Black Widow include a “wide theatrical release” on “no less than 1,500 screens” — the plain and expansive language of the arbitration agreement easily encompasses Periwinkle’s Complaint.

“In a futile effort to evade this unavoidable result (and generate publicity through a public filing), Periwinkle excluded Marvel as a party to this lawsuit — substituting instead its parent company Disney under contract-interference theories,” they added. “But longstanding principles do not permit such gamesmanship.”