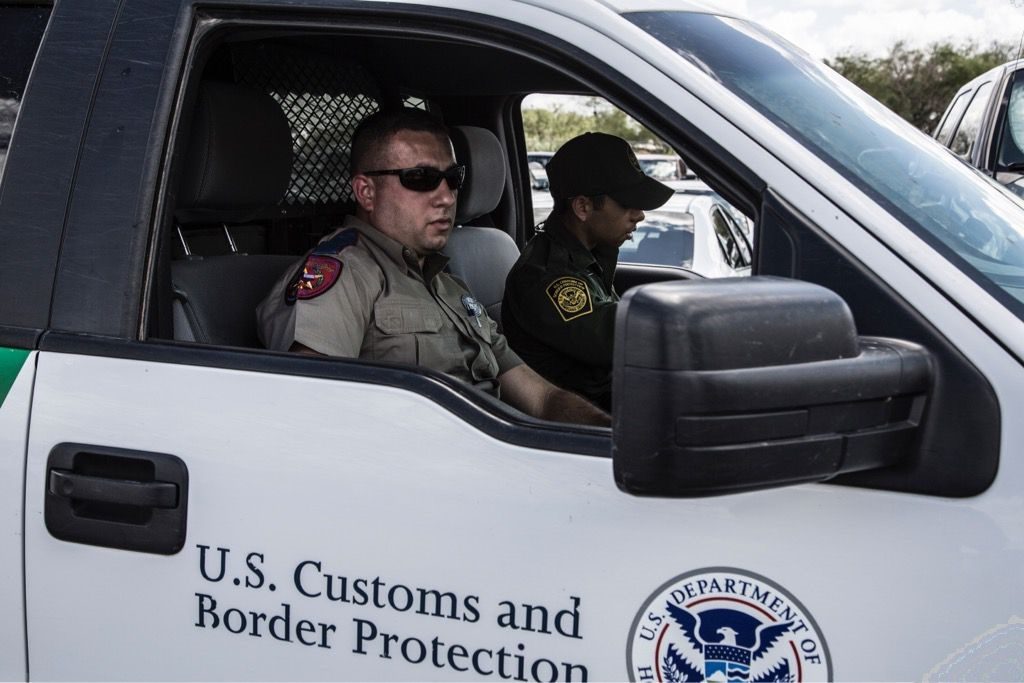 Del Rio Sector Border Patrol agents teamed up with state and local law enforcement officers in Texas to stop 12 human smuggling attempts during a two-day period. The effort led to the arrest of 14 smugglers and the apprehension of 48 migrants.

Del Rio Station agents patrolling the border near the town of Del Rio, Texas, on August 14 observed a group of suspected illegal aliens climb into a pickup truck located on Highway 277, officials reported. The agents conducted a traffic stop on the pickup truck and interviewed the driver and passenger. The agent identified the driver and a U.S. citizen and the passenger as a Mexican national with Legal Permanent Resident status. The couple was accompanied by their two minor children.

The agents also identified two other people in the vehicle as Mexican nationals illegally present in the United States, officials stated.

The following day, Del Rio Station agents received a call for assistance from a Texas DPS trooper. The trooper attempted to stop a vehicle and the driver failed to yield. The driver of the vehicle led police on a chase that reached speeds in excess of 100 miles per hour, officials reported.

The trooper identified the driver as a U.S. citizen and took him into custody. Responding Border Patrol agents identified the other seven occupants of the vehicle as illegal aliens, officials stated. The agents said one of the occupants was a seven-year-old Honduran national.

The stopping of human smuggling attempts continued leading to the arrest of 14 human smugglers. Officials report nine of the smugglers as U.S. citizens — the remaining five were Cuban and Mexican nationals. The agents also processed 48 migrants from Mexico, El Salvador, Honduras, Guatemala, and Cuba.

Under Title 42 coronavirus protection protocols put in place by the Centers for Disease Control and Prevention, agents conducted a medical screening and criminal background investigation on all of the apprehended migrants. Once cleared, the agents expelled all 48 to Mexico.

The alleged human smugglers now face charges under 8 USC 1324 — Alien Smuggling. If convicted on the federal felony charges, each smuggler could face up to 10 years in prison, the report concludes.

Screw The Olympics, Turn On The Lumberjack World Championships