Business owners and Democrats in Johnstown, Pa., want to fill jobs with imported Afghan workers instead of hiring their American neighbors in the town once home to the Bethlehem Steel Corporation.

Marie Mock, a Democrat who is the deputy mayor on the Democrat-run city council, justified the planned replacement in a Facebook post, according to a January 7 report in the local newspaper, the Tribune-Democrat:

The reason I was told this is even being explored is that there is a lack of workers to fill jobs. I’m not just talking about service industry jobs, but good-paying jobs … some are union jobs, too. Look around and ask business owners. It’s all over the news, too. Help wanted signs are posted everywhere. The comment I hear is that people don’t want to work, and I agree.

[…] I’m going to say this, and if you want to jump down my throat, go ahead … but our own citizens aren’t ambitious enough to get off their a$$es and get a job and suport (sic) themselves and their families. Face it, we’re turning into a lazy country waiting for the next handout. So why not open it up to folks that want to work at any job, and will do it gladly? The folks they’re looking to relocate are skilled. Just stop with the stereotype of Middle Easterners.”

Mock did not return calls.

The plan is very unpopular in the town where there are few good jobs.

Most of the city’s jobs disappeared when the steel plant was gradually closed starting in 1973. Also, the town gets little investment because the federal government’s free trade policies reward job-creating investment in cheaper, foreign countries. And the federal government further deters investment by providing wealthy coastal investors with roughly one million new migrants each year in the investors’ familiar home states of California, New York, Florida, Texas, and other coastal states. Local retailers have also lost jobs to online sales.

An evacuated man from Afghanistan sits in a temporary check-in hall and waits for a plane that will take him to Dallas in the United States at Ramstein Air Base on August 26, 2021 in Ramstein-Miesenbach, Germany. (Andreas Rentz/Getty Images)

“City residents do not benefit in any way,” a local activist, John DeBartola, responded to the Fox8TV.com station after the draft plan was revealed. “When will those in power help the city residents who are struggling?”

State Rep Frank Burns (D-72) spoke up for the locals — and even mentioned wages in a statement:

I believe the best way to grow Cambria County’s population and skilled workforce is through job creation, job training and fair wages — not by relocating refugees from Afghanistan as is being explored by Johnstown’s Vision Together 2025. It’s time to pump the brakes on this plan and give the public a chance to voice their concerns — this is America after all.

He told the Tribune-Democrat that locals are “adamantly opposed … [and] angry.”

The district’s representative in the House, Rep. Glenn Thompson (R-Pa.), dodged the issue of jobs and wages in his interview with the Fox outlet:

“The Biden administration has washed their hands of this and so it falls on the state or perhaps on the local level,” Thompson said. “That’s a heck of a responsibility to be dumped on the state or local government.”

The only Republican on the city council, Charles Amone, “could not immediately schedule a conversation,” the newspaper reported.

But Jack Kulbach, Cambria County Republican committee chairwoman, spoke up for the residents. She told Fox the local “schools are struggling with the people they have now, our hospitals are overwhelmed, our social services that these people are requiring are county just can’t handle more.”

Afghan migrants have been accused of filming sex acts with minor girls in Sweden and using the videos to blackmail their victims. https://t.co/RhTD72WW4Y

The proposal to bring in the Afghans, who would serve as grateful workers, as taxpayer-aided customers, and as renters for local businesses, was quietly suggested by the staff for the town’s development agency, Vision Together 2025. Fox reported:

President and CEO Mike Tedesco told us that an exploratory committee has been formed to, “discuss the possibility of attracting skilled immigrants to once again fill our many open positions throughout the region, grow local business, invest in our housing, invest in our neighborhoods, and grow our tax base.”

Todesco said that because there are, “many skilled and patriotic immigrants that have fought alongside American soldiers, supported the American Dream and wish to pursue that dream for themselves,” the area can benefit from having them here to fill needs the city and region have.

The Vision 2025 Together group is run by local employers and investors, but it does include several local politicians.

Nationwide, many GOP and Democratic politicians use similar language — “skilled and patriotic” — as Tedesco when they are urging President Biden to deliver more compliant Afghan consumers and workers to their states. This chorus is boosted by advocacy groups and investor groups.

Tedesco elaborated in a January 8 article in the Tribune-Democrat:

We have over 1,000 open positions from all sectors, skilled to unskilled, and not enough people to fill them. Locally, courtesy of many partners, we have established workforce development and training programs already in place for those who wish to pursue them.

Local businesses are struggling to grow due to a labor shortage, not due to lack of business. Our challenge is not bringing new jobs to the region or establishing new workforce training initiatives. The jobs are here, but there’s not enough locals to fill them.

“Growing our population translates to business growth, reduced blight, housing appreciation and growing our tax base. All good things,” said Tedesco, whose article did not discuss whether the extra workers would minimize pressure to raise local wages.

Around 95,000 Afghan refugees could be settled around the U.S., including in Ohio, following President Joe Biden’s disastrous withdrawal from Afghanistan. https://t.co/aezb00rmsI

The unfilled jobs touted by business owners don’t pay enough, GOP chairwoman Kulbach told Fox: “You look around and there are a lot of help-wanted signs out but these jobs aren’t family-sustaining.”

Local business owners want the extra consumers, renters, and workers, according to January 8 report in WJACTV.com.

Taylor Clark, the Co-Owner of Coney Island along Clinton Street, said that’s been the case for his establishment. “In six months this year, we went from 27 employees, to twelve, now down to eight. Our current employees are working split shifts and double shifts just to keep it going,” he told 6 News.

“If there could be help from people interested in working, of course I’d give it a shot and give them the chance I would give anybody else,” Clark said.

The editor of the local newspaper said imported Afghans would help local business as he told his subscribers to “Just. Calm. Down“:

Everybody needs to take a break from the social media rants and the political rhetoric and try to see what is being suggested. And also what is not.

Then we just might be able to have a mature conversation about the merits of the idea – which, as we understand things, is to explore the possibility of bringing in some talented individuals who originated in another country, where they just happened to be in considerable danger, to help fill some jobs that are not being taken by people already here, a situation that is causing financial hardship for local businesses.

Almost 40 percent of the city is poor. The average income in the city was under $17,000 from 2015 to 2019, according to the census bureau. The average value of the owner-occupied housing was less than $40,000. Fewer than half of people older than 15 were working.

Pentagon officials said up to 22,000 Afghans — those applying for Special Immigrant Visas (SIVs) and the newly-created P-2 visa — would arrive at Fort Lee in Virginia, Fort Bliss in Texas, and Fort McCoy in Wisconsin. https://t.co/vDWst0tZ2K

City officials are already inflating the local population by using Section 8 housing vouchers to bring in poor Americans from Pittsburgh.

Drugs are a deadly problem, and they also make hiring more difficult for local businesses.

“Cambria County, where Johnstown is located, has logged 68 deaths due to drug overdoses since 2012,” according to a November 2021 report in the PemCapital-Star. com. “It is estimated that there are 4,361 people with drug use disorder in Cambria County,” the report added. In December 2016, the Associated Press reported:

JOHNSTOWN, Pa. (AP) — An infant died in her bassinet of dehydration and starvation three or four days after her parents died, also at home, from suspected drug overdoses, authorities said.

Cambria County coroner Jeffrey Lees said that the parents had been dead for about a week when the discovery was made.

Many business groups hope to replace Americans in drug-damaged communities with poor migrants. 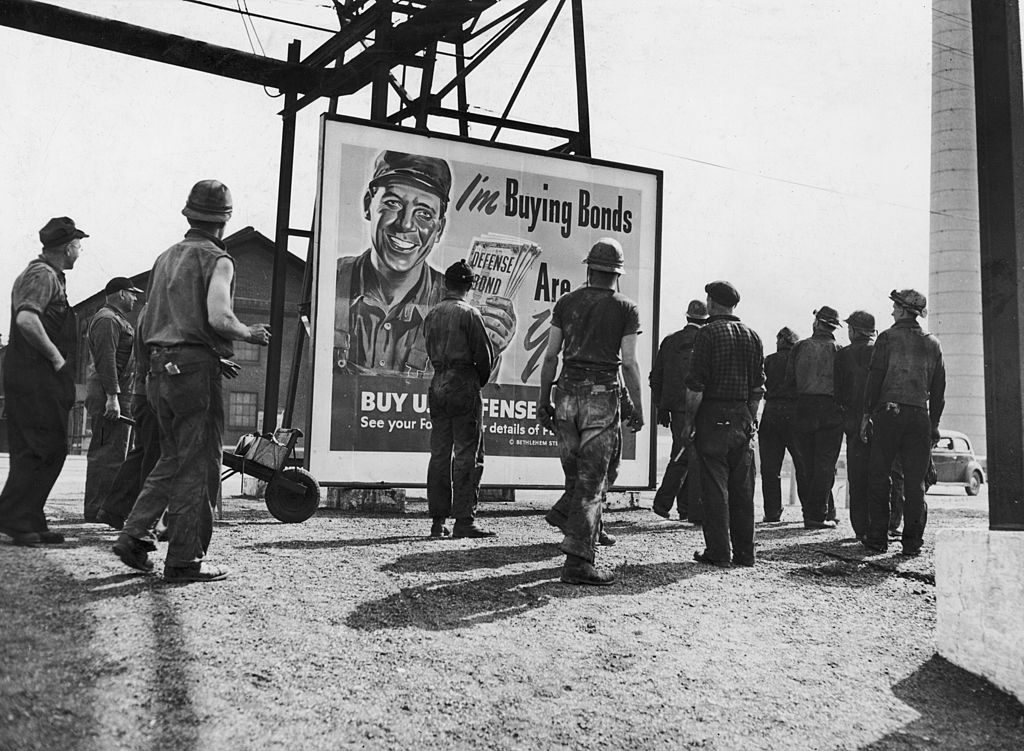 Many polls show that Americans want to like immigrants and immigration. But the bipartisan federal government has exploited that openness since 1990 to extract tens of millions of migrants from poor countries to boost U.S. businesses as workers, consumers, and renters.

That economic strategy is harmful to ordinary Americans: It cuts their career opportunities and their wages while it also raises their housing costs.

Unsurprisingly, a wide variety of little-publicized polls do show deep and broad opposition to labor migration and the inflow of temporary contract workers into jobs sought by young U.S. graduates.

This opposition is growing, anti-establishment, multiracial, cross-sex, non-racist, class-based, bipartisan, rational, persistent, and recognizes the solidarity that Americans owe to each other.

LGBT Activists Have Been Harassing This Christian Baker For Ten Years