You know that Washington Post’s Jennifer Rubin has really gone over the slide when she even gets in a Twitter fight with another journalist, all because of her flaming hatred of the president.

Rubin has had rants in the past but Walter Reed hospital allowing President Donald Trump to go home to the White House to continue to convalesce has finally broken her completely.

“Though he may not be entirely out of the woods yet, the team and I agree that all of the evaluations and most importantly, his clinical status, support the President’s safe return home,” says Mr Trump’s physician, Dr Sean Conley pic.twitter.com/sA3ZHbucbi

To her that was an unforgivable sin. First, she screamed at Trump for daring to be doing better and going home.

you are a menace to everyone around you

Where does she think most people who have the virus who are not hospitalized stay? They stay in their homes, with whatever precautions needed to protect family, as would be done with Trump. Given it’s a bigger house, it’s likely easier to just cut off his room for himself and Melania, since she already has it. The WH already said obviously contact would be restricted and only with people in PPE, as they would be at the hospital.

Conley should lose his license after this. Maryland AMA? Maryland public health?

WH should be evacuated if he goes back.

Congress might want to defund Walter Reed. It is a public health hazard. 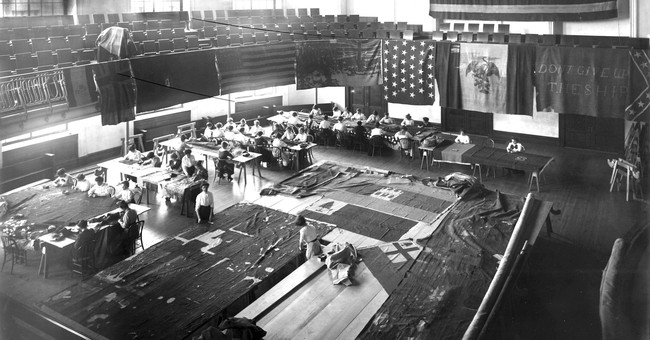 She wants to remove care not only from the president but from the thousands of military personnel and their family members who receive treatment from Walter Reed, just because she hates Trump? Because the hospital refuses to comply with whatever it is she thinks they should do?

Journalist Yashar Ali called her out for the insanity of her tweet.

Great idea…let’s punish soldiers, physicians, nurses, and staff for the president’s decision to return home and not allow his physician to reveal personal medical info.

Rubin made it worse.

They can be relocated to responsible medical facilities. Better yet, just fire the current staff that has unleashed a public health hazard on us

Congress can’t fire Navy Officers – they serve at the pleasure of the elected commander-chief, the President of the United States. https://t.co/jQEfoVtUSQ

they can be fired from Walter Reed and assigned elsewhere. Enough.

Rubin then blocked Ali for daring to question her.

People had thoughts on the matter.

In these unprecedented times, I find solace in the fact that dunking on Jen Rubin brings people together—united around a common cause.

Never let anyone tell you that your dreams are impossible when we live in a world where Jennifer Rubin gets paid for her opinions.

Originally Posted on: https://redstate.com/nick-arama/2020/10/06/jennifer-rubins-brain-finally-implodes-from-stage-four-tds-in-an-unhinged-rant-thats-wild-even-for-her/
[By: