An internal government document shows that there have only been 3,376 U.S. citizens  airlifted out of Kabul, Afghanistan, as of Saturday, according to a report from Yahoo News.

The report noted that the number of U.S. citizens rescued at the time was from a government update to the Biden White House that was allegedly marked “For official use only.”

A picture shows the arrival of a A330 MRTT military airplane carrying evacuated people from Afghanistan, at the military airport in Melsbroek, Monday 23 August 2021. – The Belgian military evacuation mission ‘Operation Red Kite’ flies defense cargo planes back and forth between the Pakistani capital Islamabad and Kabul in Afghanistan, to get Belgians and their families, but also Afghans such as interpreters, fixers and employees of human rights organizations safely out of Afghanistan. – Belgium OUT (Photo by BENOIT DOPPAGNE / BELGA / AFP) / Belgium OUT (Photo by BENOIT DOPPAGNE/BELGA/AFP via Getty Images)

The document, meant for “official use only,” showed a line into what the government has been able to do by evacuations from Hamid Karzai International Airport (HKIA) in Kabul. The government has only shown that it has saved 3,376 U.S. citizens  about a week into the evacuations, which started on August 14.

Government officials from the White House, Pentagon, and State Department have been reluctant to relay the information to the general public.

On Monday, Pentagon press secretary John Kirby was unable to give a precise number how many U.S. citizens were successfully evacuated. When asked, he said “several thousand.” When Kirby was pressed on why he was giving such a vague number, Kirby responded, “I think I’m just going to leave it at several thousand.”

National Security Advisor Jake Sullivan on Sunday was unable to give an exact number of U.S. citizens left in the country. Instead, he said “several thousand” when asked. However, he said they cannot give the exact number because many do not register with the embassy.

State Department spokesman Ned Price on Monday also declined to give any of the specifics on how many U.S. citizens have been evacuated so far. He only said, “We believe there are several thousand Americans in Afghanistan who would like to leave.”

Price noted that the U.S. consular offices employees have been attempting to make thousands of calls to U.S. citizens who they believe are currently in Afghanistan to get more information and find out where they are. “Our team made several thousand calls over the weekend, and those efforts continue,” Price said. 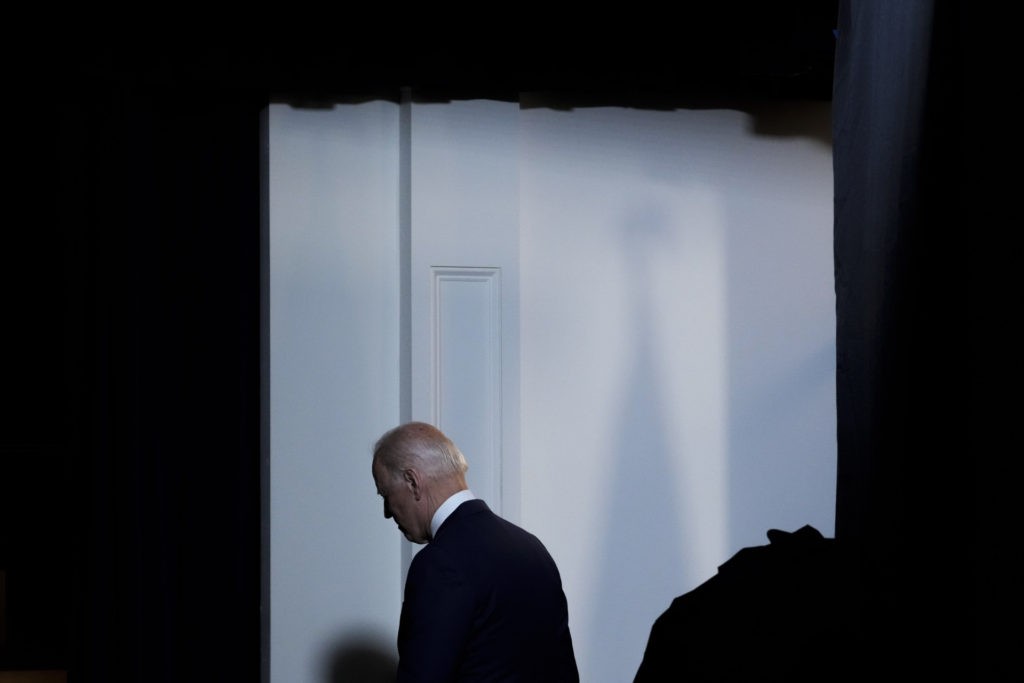 WASHINGTON, DC – AUGUST 23: U.S. President Joe Biden departs after speaking about COVID-19 vaccines in the South Court Auditorium at the White House complex on August 23, 2021 in Washington, DC. On Monday morning, the U.S. Food and Drug Administration (FDA) announced full approval of the Pfizer-BioNTech coronavirus vaccine for people 16 and older, making it the first vaccine to move beyond emergency use status in the U.S. (Photo by Drew Angerer/Getty Images)

During a press conference on Monday, President Joe Biden spoke only about the Chinese coronavirus vaccine before he walked away from the podium while reporters were trying to ask him questions about thousands of Americans still stranded in Afghanistan.

How Federal ‘Fraudsters’ Got Paid Twice During Lockdowns