You may recall the moment that the President was asked, for the fifty billionth time, during the first debate whether he would condemn white supremacists. He said “sure” three times. Despite that, it was claimed that he hadn’t denounced it (although he had done it numerous times in the past going back all his years in politics) because when he was asked about the Proud Boys if he would ask them to stand down, he didn’t know who they were and told them to “stand back and stand by” (meaning follow law enforcement).

But the crazy left claimed that meant he wasn’t denouncing white supremacism and he was telling the Proud Boys to stand by for order from him to do something nefarious. The left is becoming increasingly unhinged with crazy conspiracy like this even if it has no basis in reality or sanity.

But there’s a small problem with this narrative about the Proud Boys besides the fact that Trump didn’t even know who they were and has no connection with them.

First, Proud Boys have brawled with Antifa because they regard anarcho-Communism as a danger to Western society. They’re not the ones rioting in the streets attacking the police and other tha people, that’s BLM/Antifa who have been the leftists’ shock troops to push radical reform. The only one that seems to be connected to a a political party and political agenda is BLM/Antifa. The Biden campaign specifically endorsed the BLM during their convention and has yet to denounce BLM/Antifa violence by name. Joe Biden even denied the existence of Antifa, completely ignoring their involvement in hundreds of BLM connected riots in the last few months.

Second, there’s another problem with the accusation. Proud Boys have members of all races and have black, Hispanic and Asian leaders. They may be many things but white supremacists they aren’t, they’re multi-racial.

“I will go out and say that the #ProudBoys as a whole, I will say this on behalf of the entire national organization, denounce white supremacy.” – Thad, Chief of the Proud Boys Salt Lake Utah Chapter pic.twitter.com/WGlUEx3jeF 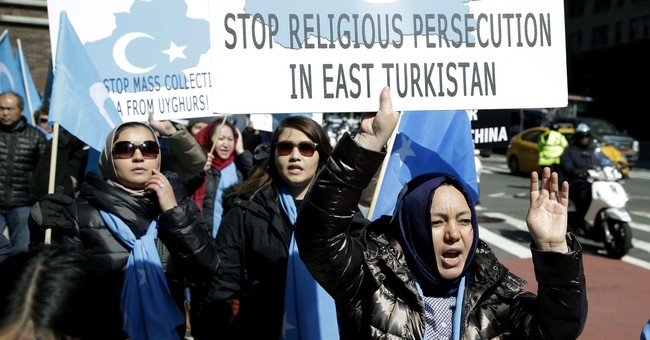 Here’s a picture of their leader:

They found a very interesting way to knock down that narrative.

The Proud Boys in Utah met with a BLM organizer there and told the media they were about trying to work on the concept of police reform together.

“I don’t care what color your skin is, we’re all Americans and we need to find a way to come together instead of divide,” said the local Proud Boys president, a man named Seth who declined to offer his last name. [….]

“Meeting and talking and having that understanding allowed us to move forward with working together on police reform,” Seth said.

Kelley, who first met the Proud Boys at a protest in Cottonwood Heights, says the partnership is real.

“We do need to be able to reach across the aisle and have these tough conversations,” she said.

Well that certainly blows some narratives up.

Originally Posted on: https://redstate.com/nick-arama/2020/10/02/proud-boys-had-a-meeting-with-someone-youd-never-expect-as-they-rebut-claims-denounce-white-supremacy/
[By:

“My Butt’s Been Wiped” is “Unproven” According to Snopes. – RedState

Twitter Suspends Nation Of Islam For Being Anti-Vax, But Not Antisemitic

Latest ‘Rick And Morty’ Explores The Meaning Of Cool