Have you heard the news?  Peter Strzok has published a book — “Compromised — Counterintelligence and the Threat of Donald J. Trump.”

Honestly — the title alone makes me shake just a bit because it goes to the core of one of my MAIN objections to the foundation and process of the FBI’s investigation.  This is a subject for a different story, so I won’t dwell on it here.

I know some from my line of work will disagree with this view, but I’m happy to engage in the combat of ideas on the topic.

It is the height of arrogance, and a fundamental misunderstanding of the structure of government, for anyone in the Executive Branch in general, and the FBI in particular — including Jim Comey — to think it was acceptable for them to consider the question of whether a duly elected President of the United States was a “threat” to national security.

By constitutional principle, and by virtue of the fundamental organization of the Executive, the President can NEVER be a threat to the national security of the United States because in the final analysis the President — and not the FBI Director or the Deputy Assistant Director for Counterintelligence — is empowered to make the judgment about what is or is not in the national security interests of the United States.   It is a fundamental part of his job to make that determination.  As a subordinate, it is the FBI Director’s job to carry out US policy — not to express his own views on such policy or pursue matters in the manner in which he believes they should be pursued.

If Donald Trump had announced on January 22, 2016, that he was inviting Vladamir Putin to spend the month of February in the Lincoln Bedroom, and dine with POTUS and his family 3 times a day, 7 days a week, it would have been his prerogative to do so.  And such an invitation would NOT have been a basis for anyone at the FBI to say that Donald J. Trump constituted a risk to national security.  Congress could have impeached him and removed him.  But Executive Branch officials would have lacked any valid basis for doing anything based on a subjective view that such actions were “unlawful” or a “threat.”  How many votes did Jim Comey get in 2016?

So, what about the Strozk book that is out in bookstores today?  I have not read it yet, as I expect it went through pre-publication review by DOJ — and by Strzok’s own lawyer.  Because of that, I expect we’ll mostly learn about Strzok’s childhood and his early FBI days, but there will be little in the way of meaningful insights on matters not already public concerning Crossfire Hurricane. 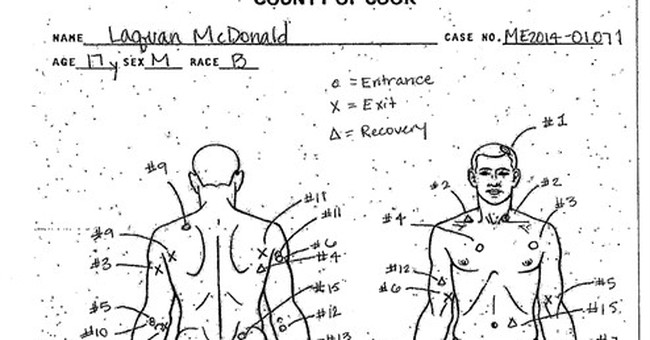 But he has made some interesting comments in the mini-publicity tour he started last week.  Strzok gave interviews to CBS which ran on Sunday Morning and 60 Minutes.  CBS.com published an excerpt from the book. In the excerpt is the following:

Early In 2017, shortly after the inauguration of the 45th president of the United States, the top leadership of the FBI’s Counterintelligence Division filed into a small room on the fourth floor of the J. Edgar Hoover Building…. It was a very difficult time, and we still had many more questions than answers. On that day we grappled with an especially troubling question, one that none of us could have anticipated in our wildest imaginations: whether to open a counterintelligence case against the president himself.

In my opinion, even entertaining that question was a firing offense for everyone in the room. Their obligation under the Constitution was to take their concerns to the Executive, and make their views known.  Then await instructions and do nothing.  If no instructions came, then move on to something else.

There is no conception of Executive Branch structure that says subordinates of the President are authorized or entitled to decide for themselves when they are unhappy with the President to the degree that they believe it’s warranted to investigate him.

An NPR story on the book, which is much more detailed than you might expect, makes the very interesting point that Strzok avoids discussing his text message history with Lisa Page, and the implications of their comments back and forth.  Strzok’s explanation is that he wants to avoid putting his family through that, that even FBI agents are allowed to have political views, and that there was no rule against using their FBI phones for personal communications.  Later the NPR author quotes him as admitting he was “naive” about the possibility his communications with Page would become public.

Stupid, uninformed and ill-suited for his job are better descriptors.

Or, as has been said to me many times by people in the FBI I trust — agents who spend their career in counter-intelligence lack any perspective on the concept of “discoverable material” as it relates to criminal cases.  They never undergo cross-examination where their words from a particular document are force-fed back to them by an effective cross-examiner.  You only need to learn the lessons from that kind of embarrassment one time and then you realize the foolishness of committing thoughts to writing without first considering the degree to which you would be ready to stand behind those written words on a witness stand in front of a judge and jury.

Or, as another agent said to me once in jest when the topic of some personal matters being inadvertently disclosed was brought up — “I’ve spent 15 years diligently avoiding foreign intelligence agencies who have reasons to try and track me.  You think I’m concerned about being able to avoid ……..” — describing the potential risk of exposure we were discussing.

That is a lesson that counter-intelligence superstar Peter Strzok never learned. He’s the guy who stood up at the front of the room and gave all those lectures on operational security, and then discussed classified investigations over cocktails at a bar in Georgetown after work.

“Let me just text message to my lover who is not my wife over this unsecured cell phone device all my thinking about why Trump is a Russan agent, and why thinking about that and her at the same time turns me on.  Who’ll ever know?”

How about ignorant — and prone to thinking through his penis.

Originally Posted on: https://redstate.com/shipwreckedcrew/2020/09/08/the-peter-strzok-book-tour-what-have-we-learned-that-is-new-a-few-things/
[By: