On Alabama, the vaccine wars, ballplayers, a town on Lake Michigan, and more

The heading of this column says “Down in Cullman,” but for many Alabamians it’s up: well north of Montgomery and Birmingham. Cullman is a town in north-central Alabama. Its population is about 18,000. Not often is Cullman in the national news — but it was over the weekend, for Donald Trump held one of his rallies there. And this was a man-bites-dog rally, in a sense, because the ex-president was booed by his own crowd. More on that in a moment.

Cullman has meant something to me in my life, because I have known two people from there: a man who worked at a golf course in Ann Arbor, Mich., and a woman who worked as a lawyer in Washington, D.C. They told me many stories from home.

Michigan is a southern state, in a sense, because of the great migration of southerners to that state. The town of my birth, Ypsilanti, Mich., is sometimes known as “Ypsitucky.”

Donald Trump was booed in Cullman when he suggested that people take a COVID vaccine. Upon hearing the dissent, Trump said, “You know what, I believe totally in your freedoms, I do — you gotta do what you have to do. But: I recommend, take the vaccines. I did it, it’s good. Take the vaccines.”

If you ever wondered, “What would it take to get Trump booed at his own rally?,” now you know. Still, Trump was right to recommend a vaccine, I think. Whether he will do so again — given his experience in Cullman — remains to be seen.

Alabama and Mississippi are the states with the lowest rates of vaccination. I will return to those two states — long linked — in a moment.

This story by Stephanie McCrummen in the Washington Post is arresting. It’s headed “‘I’m begging you. … Take that shot.’” The subheading is, “As covid-19 surges in unvaccinated Alabama, the intimate conversations between doctors and patients have taken on a new urgency.”

Let me pause for a language note — even in the midst of something deadly serious: The phrase “covid-19,” versus “COVID-19,” or “Covid-19,” looks a little strange to me. And to you?

The story tells us that “nearly every hospital in the state” is turning away emergencies — everyday emergencies, if you will — because they are too busy with COVID patients.

I think of Kay Ivey, the governor of Alabama, in a dialogue with a reporter last month. Governor Ivey was at her wit’s end. The reporter asked, “What is it going to take to get people to get shots in arms?” Ivey said, “I don’t know, you tell me. Folks supposed to have common sense. But it’s time to start blamin’ the unvaccinated folks, not the regular folks. It’s the unvaccinated folks that are lettin’ us down.”

The reporter persisted, “But as the leader of the state, don’t you think it’s your responsibility to try and help get this situation under control?” Ivey said, “I’ve done all I know how to do.”

I believe her. At some point, personal responsibility comes into play. I was interested in something that an ex-governor, Arnold Schwarzenegger of California, said the other day. Sure, citizens have rights — but citizens also have responsibilities. We have responsibilities to one another. That is an elementary point — a kindergarten point — that bears emphasizing.

All of my life — all of our lives — we have heard jokes about Alabama and Mississippi. They often seem to be competing in a race to the bottom. Alabamians say, “Thank God for Mississippi” — because Alabama is 49th in some category, not 50th. But states, like individuals, can break out of bad cycles, I would think. It’s hard as hell to break out of bad cycles — certainly for us individuals. But for how many generations longer must Alabama and Mississippi lag?

I would love to see them prosper — and not just in literary life (where they have long shone).

• Speaking of literary life — I would like to pause for another language note. Above, I wrote, “. . . for how many generations longer must Alabama and Mississippi lag?” Strictly speaking, that should be “how many generations more” — but poetic license allows “longer,” I think. (You hard-liners may disagree . . .)

• Conspiracy theories are a fact of life — a constant of life — and they multiply in times of pandemic. So the experts say. I have no doubt it’s so.

Donald Trump was on Fox News, talking about a booster shot, now recommended as a protection against the “Delta variant.” Trump was not boosting the booster shot.

“You know what? That sounds to me like a money-making operation for Pfizer. Okay? Think of the money involved. . . . The whole thing is just crazy. It doesn’t — you wouldn’t think you would need a booster. You know, when these first came out, they were good for life.” Etc.

Question: Is a booster shot a money-making operation for Big Pharma? I doubt it. But when an ex-president is saying it is — an ex-president followed by tens of millions (unlike George W. Bush, let’s say) — it is meaningful.

• One more time, I will combine a pandemic note with a language note. This may be a weird practice — but, remember, you’re reading Impromptus. Hannah Knowles of the Washington Post writes,

When H. Scott Apley died at 45 of covid-19, he became a face of vaccine refusal by the political right. A GoFundMe drive for his wife and baby son drew scorn as the Dickinson City Council member’s social media posts circulated.

“I wish I lived in the area!” the Houston-area member of the Texas Republican Party’s governing board wrote this spring about a “mask burning” party in Cincinnati. “You are an absolute enemy of a free people,” he once replied on Twitter to a doctor’s post celebrating the effectiveness of Pfizer’s shots against the coronavirus.

“You are an absolute enemy of a free people.” People have learned to talk like this in the last several years. What leaders say, matters, whether we like it or not (and often we don’t).

And if you say that someone is an enemy of the people, or an absolute enemy of a free people — he’d better be.

• On Sunday, Miguel Cabrera swatted his 500th home run. I found myself unexpectedly moved. (Nostalgia surely played a role.) He has meant a lot to us — a lot to us Michiganders — on the Detroit Tigers. He plays with joy, and he spreads joy to others. Miggy, I am looking forward to No. 501. And No. 502. And on for a while.

• Bill Freehan, the great Tiger catcher, has passed away at 79. To read his obituary in the New York Times, go here. He went to the University of Michigan and played on the football team — tight end. On the baseball team, too. In 1961, he hit .585. That still stands as a Big Ten record.

In later life, he coached the Michigan baseball team. Once, when I was working at the U of M golf course, he walked into the clubhouse. A thrill, for me.

• Last week, in Grand Haven, Mich. — which is on Lake Michigan, northwest of Grand Rapids — I saw an old gent wearing a Tiger jersey. I saw him from the front, let me say. The jersey’s number was 24. I immediately thought, “Mickey Stanley.” (He was our center fielder, in the ’60s and ’70s, and my favorite player.) But the name on the back of the jersey was: Cabrera.

• Here is a front page of the paper in the Grand Haven area. The photo caption reads, “Rahim Haidary, his face blurred to protect his identity, was an interpreter in Afghanistan who recently escaped to Canada with the help of a Grand Haven couple.” There are good people in this world. 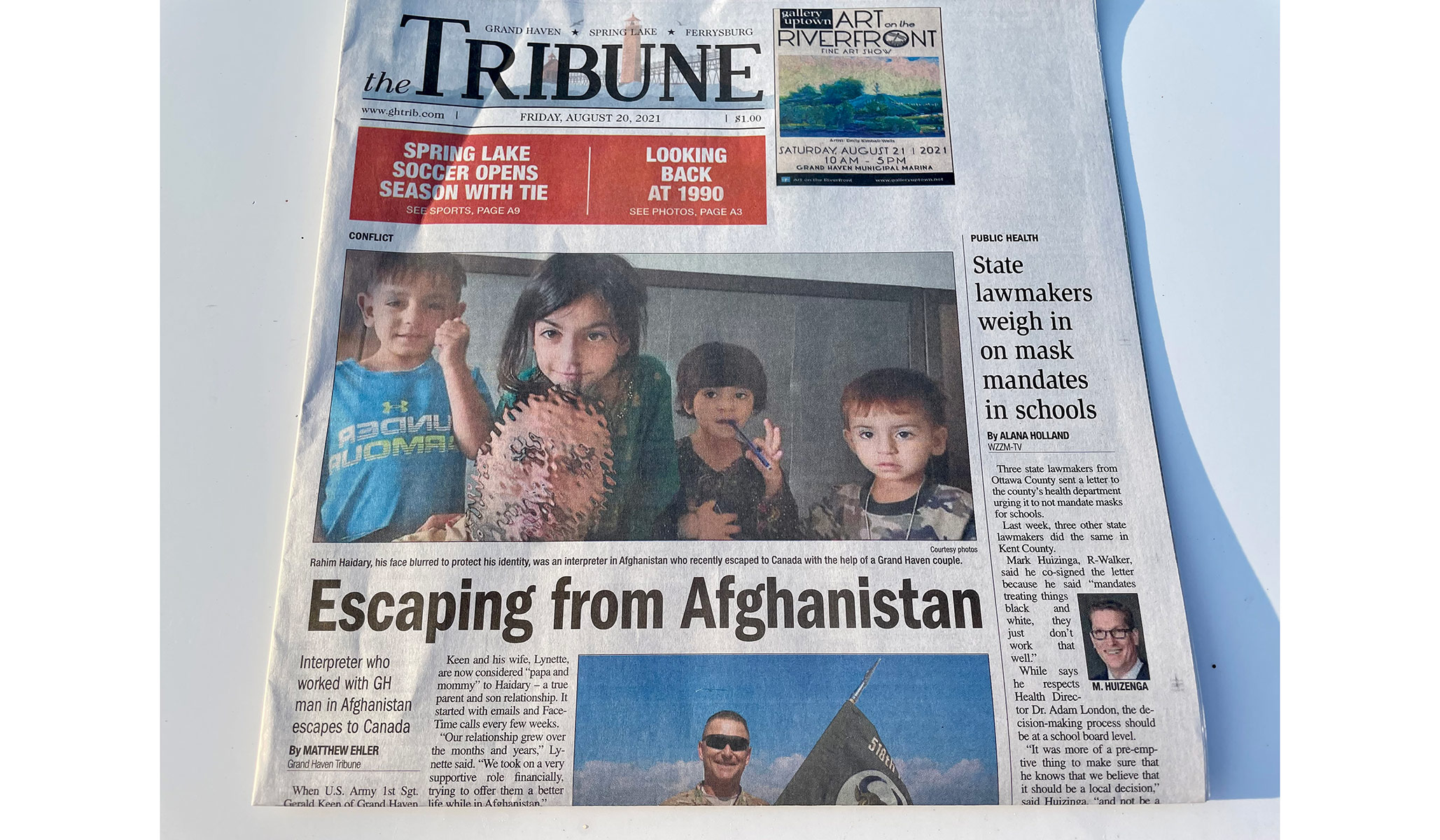 • West Michigan is Dutch country. (“If you ain’t Dutch, you ain’t much.”) Check out these babies, sold at Russ’ Restaurant: 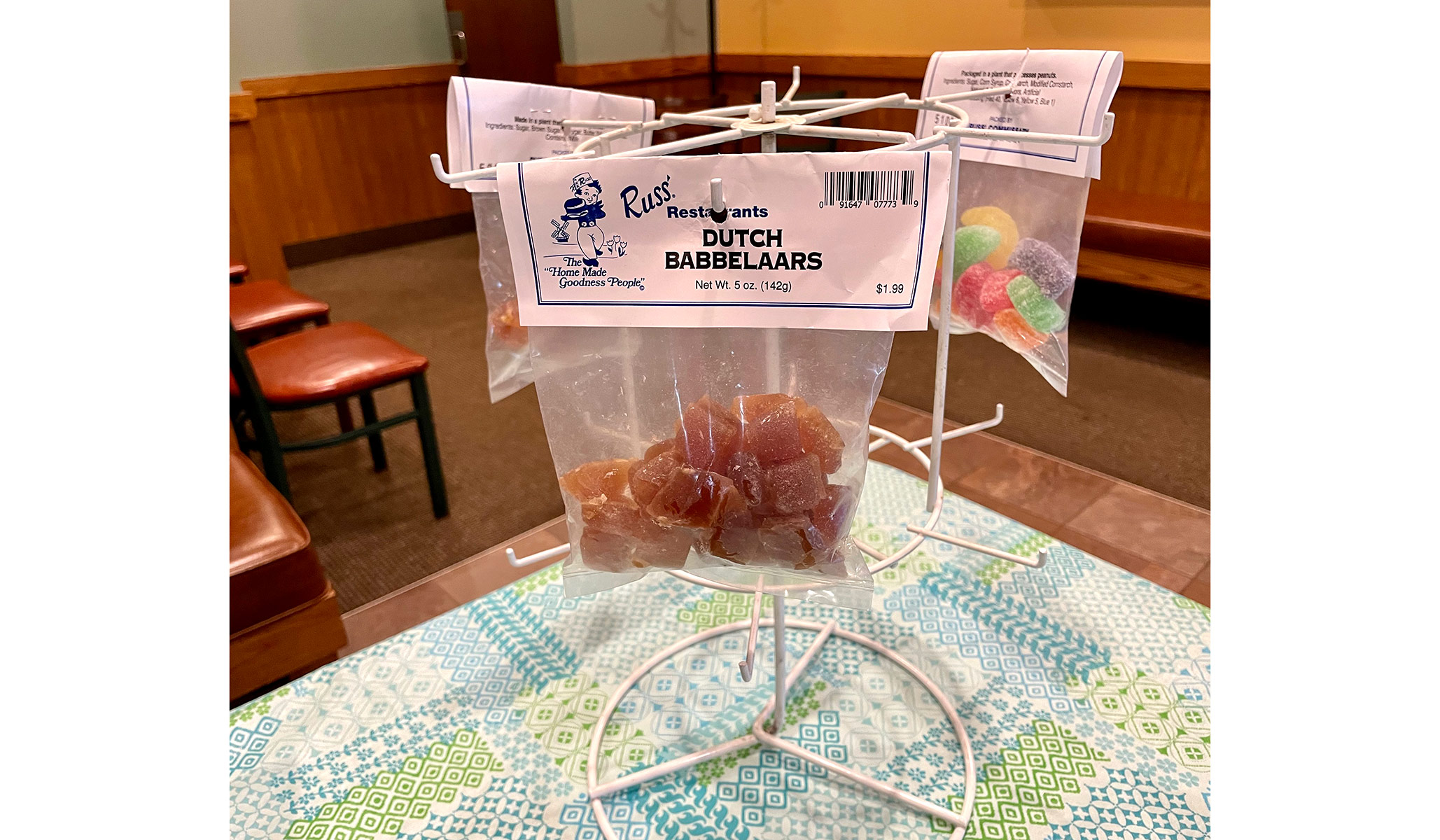 • This is a typical Lake Michigan scene — the blond of the sand, the blue of the lake, and of the sky. And some fire-engine red. Or would that be lighthouse red? 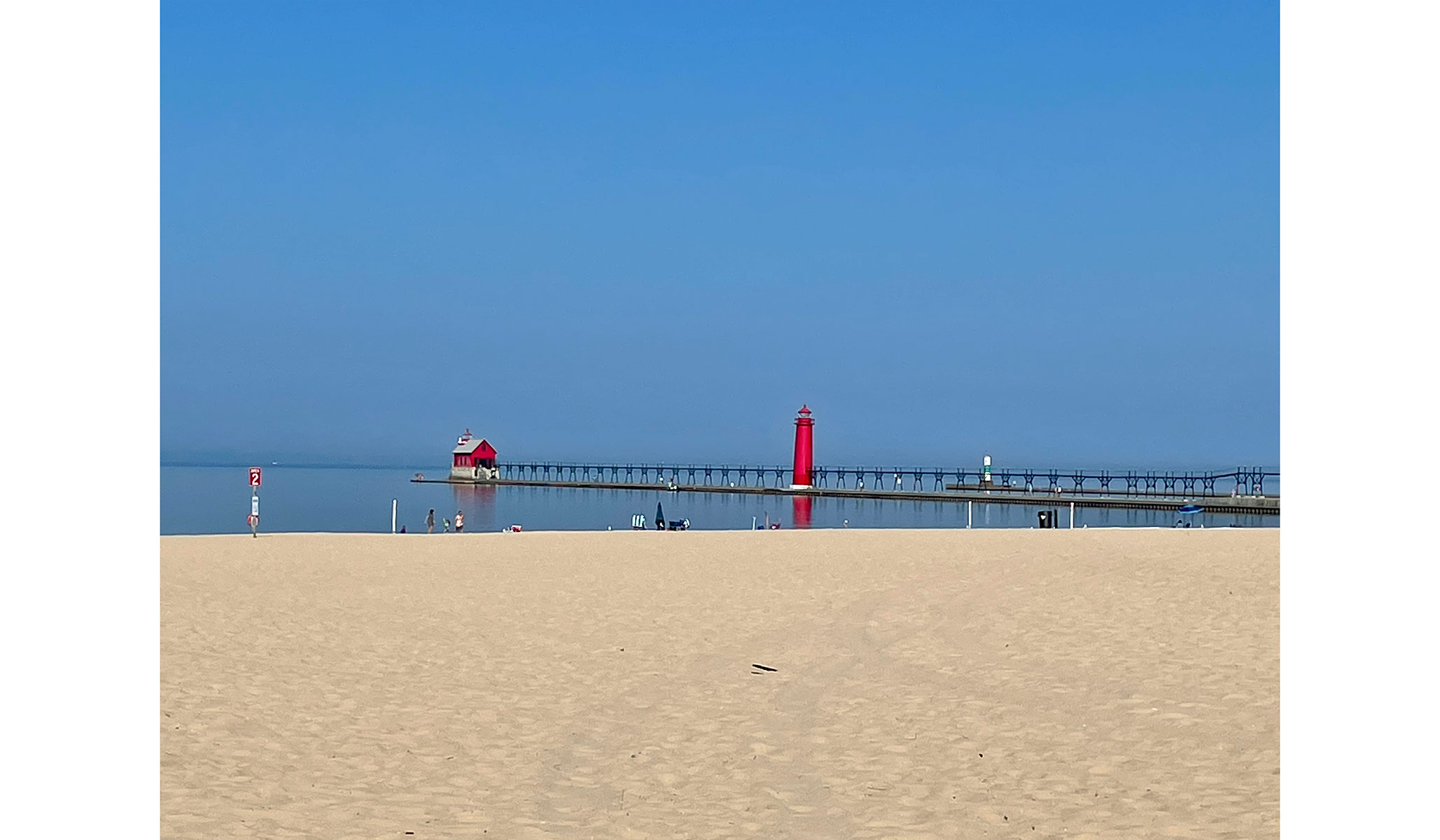 • A typical scene, of remembrance: 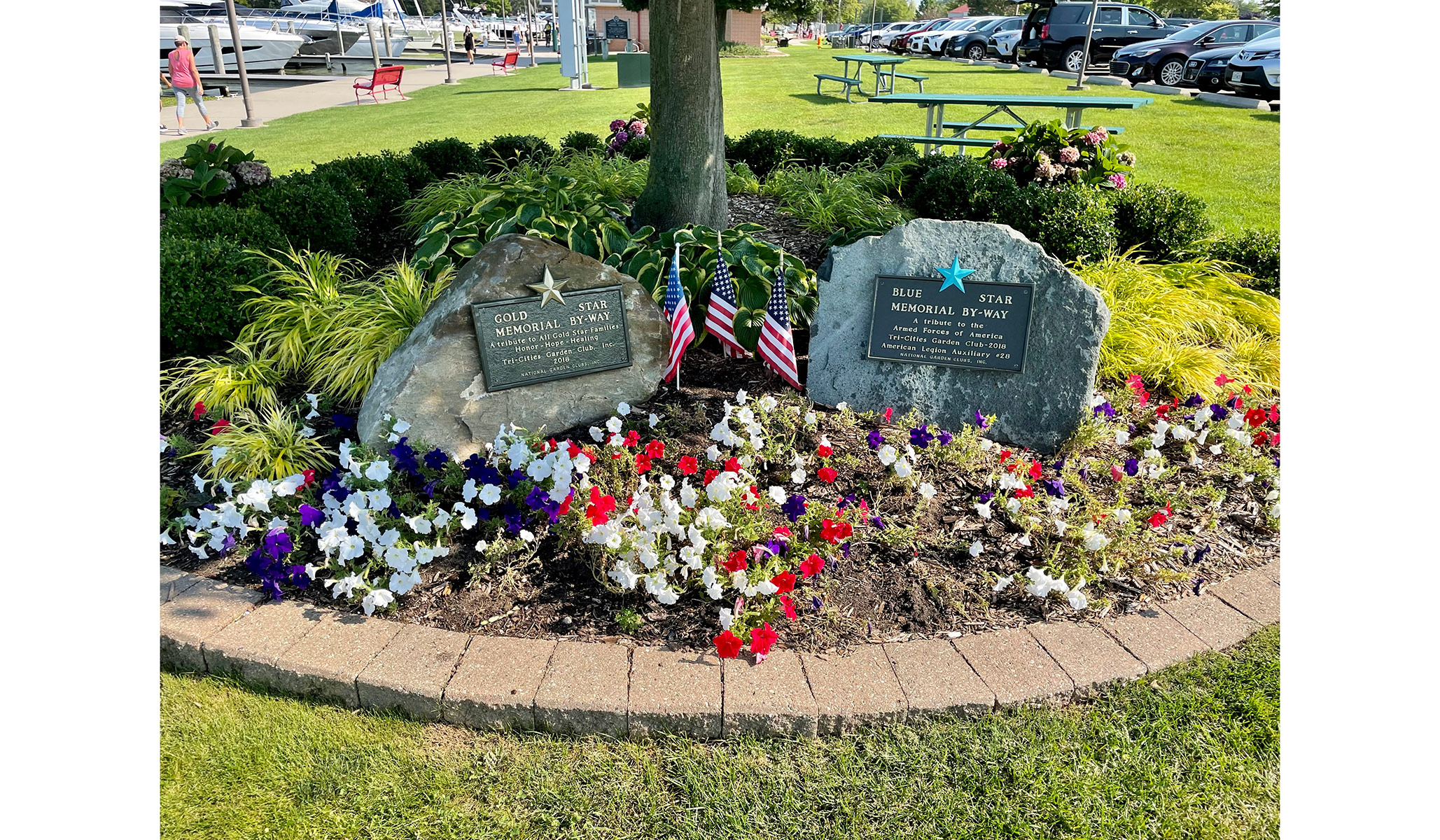 • New York has a Central Park — well, so does Grand Haven: 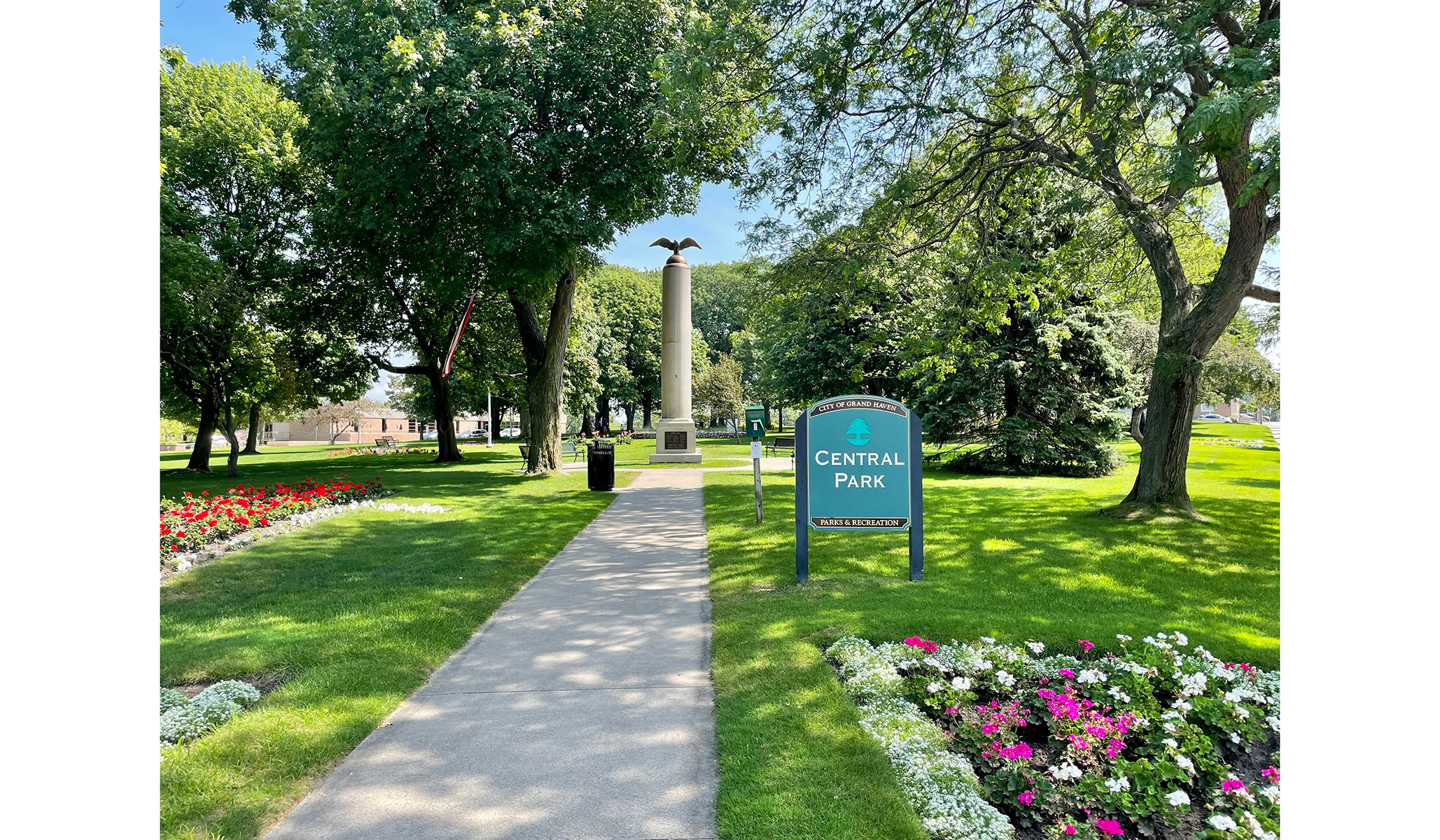 • How about this stately manse? Typical in Michigan — and typically wonderful: 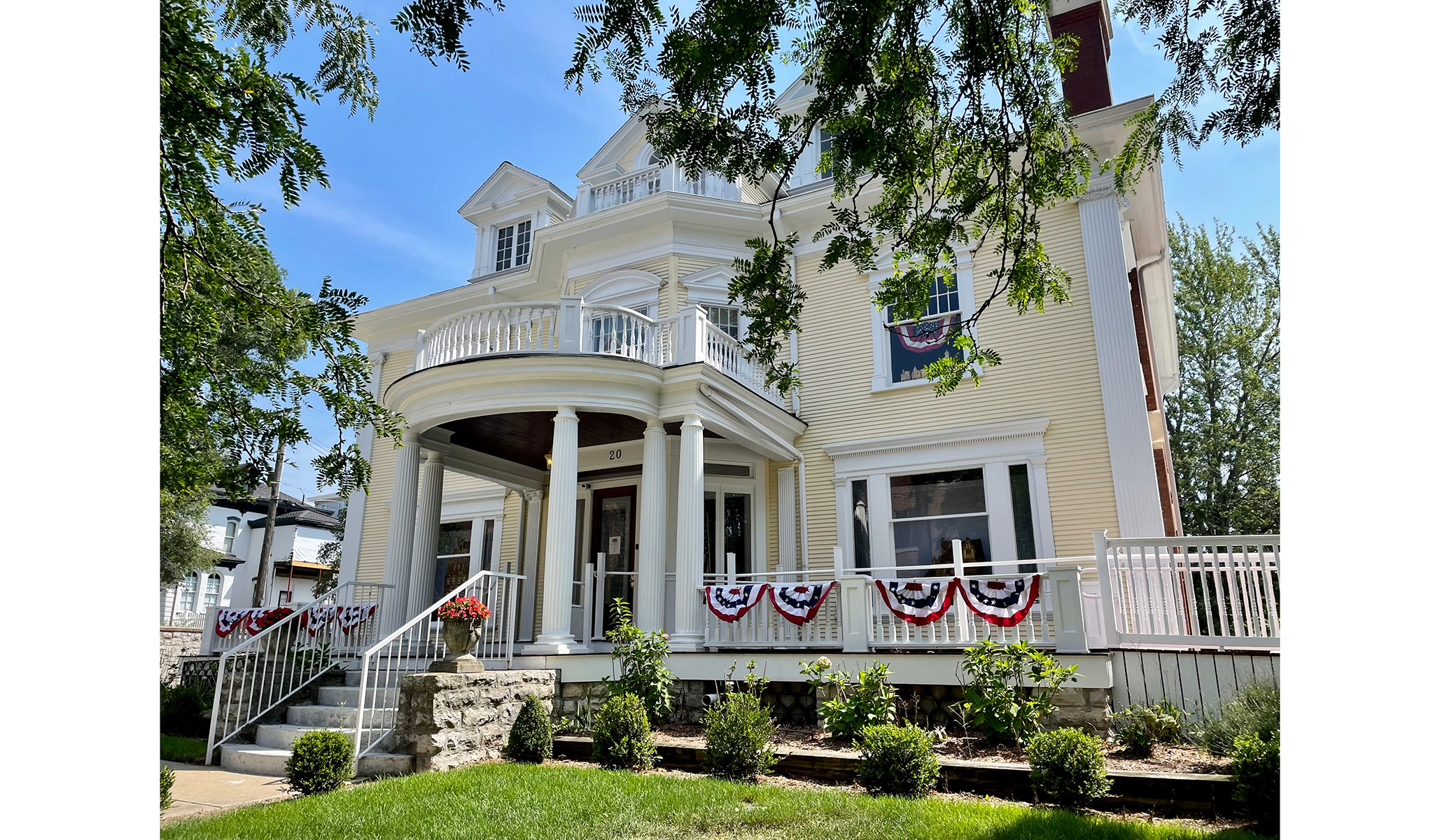 • On the drive from Grand Haven to Grand Rapids, I see a billboard advertising pot. I say, literally — out loud, in the car — “F*** you.”

• A better billboard: “Jesus had a Honda, and all the disciples were in one Accord.”

• Well, I could go on, my friends, but you’ve got work to do — places to go, people to see. Thank you for joining me for a bit. I’ll see you soon.

If you’d like to receive Impromptus by e-mail — links to new columns — write to jnordlinger@nationalreview.com.