The sudden rise in violent crime disproportionately hits black and Hispanic Americans, which is a surprise to no one who lives anywhere close to the real world.

The statistic gathered in this City Journal piece are staggering, heartbreaking, and predictable:

According to CDC data released last month, 2020 bore witness to the largest rate of increase in homicides recorded in modern history—a finding that tracks with FBI data. Murder rose 29 percent from 2019 to 2020, surpassing the previous record 12.7 percent spike from 1967 to 1968. Unsurprisingly, the victims of the latest surge in violence were not equally distributed across racial groups. The rise in black homicide victims from 2019 to 2020 was almost twice as big as the rise in white victims (28 percent versus 16 percent).

The Marshall Project looked at the American cities hit hardest by this violent crime wave, and guess which political party is in charge of every single one of those cities? Yep…

Democrat-run Philadelphia has already surpassed its all-time murder record of 500, and there’s still a month left to go.

Lights from a police vehicle illuminate officers responding to a shooting in Philadelphia, Pennsylvania (Photo by Mark Makela/Getty Images).

In Democrat-run Chicago, murders were up 55 percent last year and are already five percent over that this year. The Windy City is on track to have its highest murder number in 25 years. 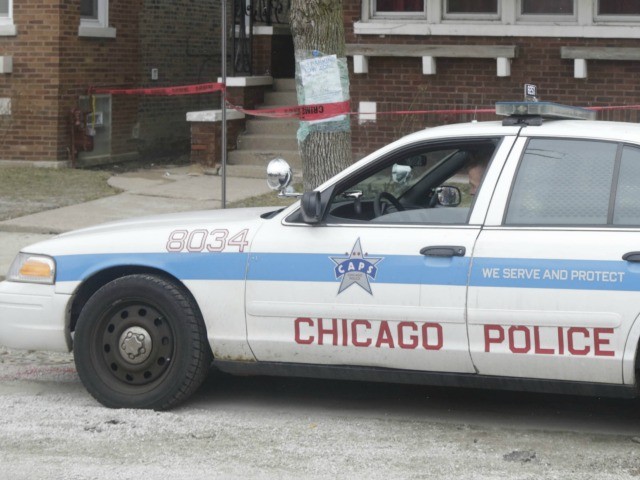 Trust me; this is a choice—a choice being made by Democrats not to fight crime. In America, we know how to fight crime. We know because we have already done it before. A soaring violent crime rate plummeted in the 1990s, thanks to effective policing and the effective prosecution of criminals.

Democrats deliberately reversed those gains for their own demonic reasons, primarily through their refusal to prosecute crimes. Once you stop prosecuting minor offenses, like shoplifting, you create a culture of lawlessness where criminals think they can do and get away with anything, which is basically true in Democrat-run cities.

And, of course, black Americans are taking the brunt of it. Of course, they are. Crime always hits the poor harder than everyone else, and black Americans disproportionately live in these poorer neighborhoods. And it’s not just the violent crime they have to deal with; it’s a decrease in the overall quality of life. Unless you’ve lived through it, and I have, you can’t imagine how stressful it is to live in a high-crime area. It affects your whole life, most especially your peace of mind.

The violent crime problem in these Democrat-run cities could be solved in a year, but Democrats won’t solve it because they don’t want to solve it. 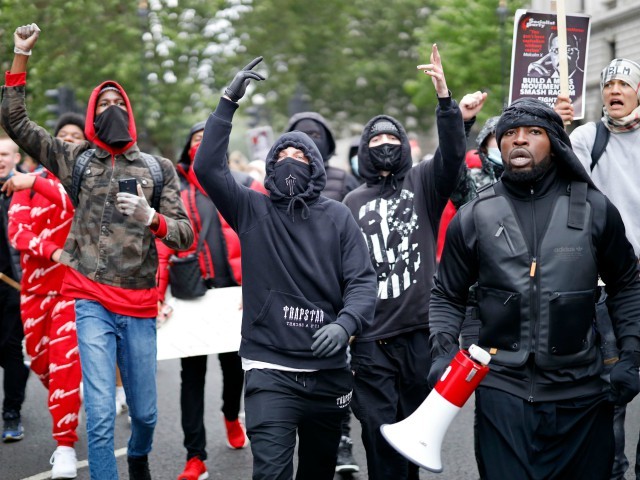 Activists, some wearing face coverings or face masks as a precautionary measure against COVID-19, hold placards as they attend a Black Lives Matter protest march on June 12, 2020 (TOLGA AKMEN/AFP via Getty Images).

LGBT Activists Have Been Harassing This Christian Baker For Ten Years