The Taliban announced its “caretaker” government on Tuesday, and the list of top officials included some familiar names: four of the five Taliban leaders released from prison by President Barack Obama in exchange for kidnapped U.S. Army deserter Bowe Bergdahl in 2014. The fifth member of Obama’s “Taliban Five,” Mohammad Nabi Omari, was installed as the Taliban’s governor for Khost province last month.

President Barack Obama makes a statement about the release of Sgt. Bowe Bergdahl as his parents, Jani Bergdahl (L) and Bob Bergdahl (R) listen May 31, 2014 in the Rose Garden at the White House in Washington, DC. Sgt. Bowe Bergdahl was held captive by militants for almost five years during the war in Afghanistan. (Photo by J.H. Owen-Pool/Getty Images)

All of these postings are ostensibly “acting” or temporary positions, but the Taliban did not specify how long the “interim” government would last or how “permanent” ministers might be chosen. Many of the officials announced on Tuesday, including three of the Obama five, held high-level positions in the previous Taliban regime.

Every single cabinet official named on Tuesday was a member of the Taliban, and almost all of them are members of the dominant Pashtun ethnic group, despite the extremist group’s pledges to form an “inclusive” government.

The Associated Press amusingly grumbled that the Taliban formed an “all-male” government as if there was any doubt on the matter. In fact, the new Taliban government appears to have dissolved the Ministry for Women’s Affairs as one of its first actions, while Taliban thugs beat and whipped women who dared to march in protest of the regime on Tuesday morning.

No mention by the #Taliban of a Ministry of Women’s Affairs, in new appointments. Last minister fled when #Taliban took #Kabul. The ministry website is still up…for now… this is what it says…#Afghanistan. pic.twitter.com/Nszi99JFLP

Obama’s swap of the Taliban Five for Bergdahl was highly controversial in 2014 as the president ignored recommendations from the U.S. military and intelligence community that alternatives to releasing the “high-risk” Taliban commanders were available and arguably broke the law in his headlong rush to complete the trade without consulting Congress.

Several of the Taliban Five were deeply involved in human rights violations and international crimes, including mass murder, ethnic cleansing, and the opium trade. At least two of them, Wasiq and Khairkhwa, have ties to al-Qaeda.

Obama’s assurances that the Taliban Five would not return to the battlefield against U.S. forces in Afghanistan evaporated in a matter of months as several of them quickly resumed “threatening activities” despite supposedly being kept under supervision by the government of Qatar. By 2018, all of them held prominent positions with the Taliban’s “regime-in-exile” in Qatar.

All of the Taliban Five appeared in prominent roles when the Taliban advanced across Afghanistan in the wake of President Joe Biden’s disastrous withdrawal last month. Khairkhah, the newly confirmed Minister of Information and Culture, was a member of the official Taliban delegation that met with Biden’s envoy Zalmay Khalilzad in Moscow to negotiate the final plans for U.S. withdrawal. 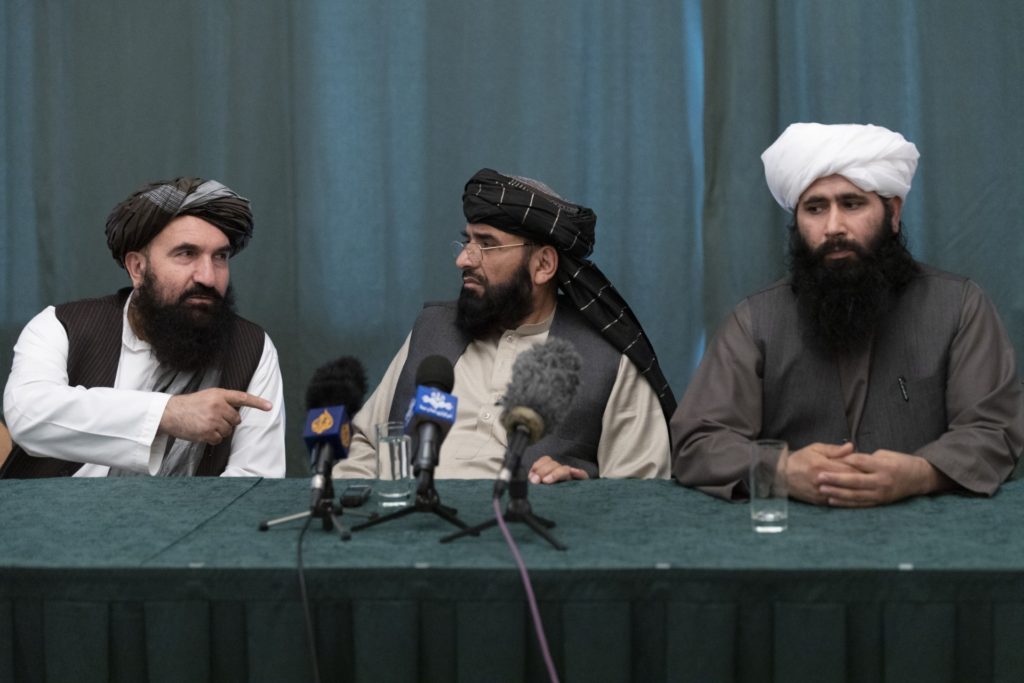 “I started jihad to remove foreign forces from my country and establish an Islamic government, and jihad will continue until we reach that goal through a political agreement,” Khairkhah said at that March meeting with the Biden team. In the end, the Taliban was able to conquer Afghanistan in about two weeks, without making any “political agreement” at all.

When the Biden White House was asked how it felt about negotiating with a member of Obama’s Taliban Five, press secretary Jen Psaki bizarrely pretended the reports were questionable — as if accredited media organizations were not photographing and quoting Khairkhah, a high-profile Taliban spokesman, after the meetings — and then deflected with a complaint about the “thousands of individuals” released by Biden’s predecessor.

“I’d point to the intelligence community to assess the identity of the individual. I know there’s been reporting on it, but that’s not my position to do from here. I would also note that in prior negotiations and commitments made during the Trump administration, there were thousands of individuals who were released, so our focus right now is on, again, not taking the Taliban’s word for it,” Psaki snapped in mid-August.

A June 2014 behind-the-scenes report from Reuters on the Bergdahl swap described then-Vice President Biden as “neutral” on the idea of releasing the Taliban Five. 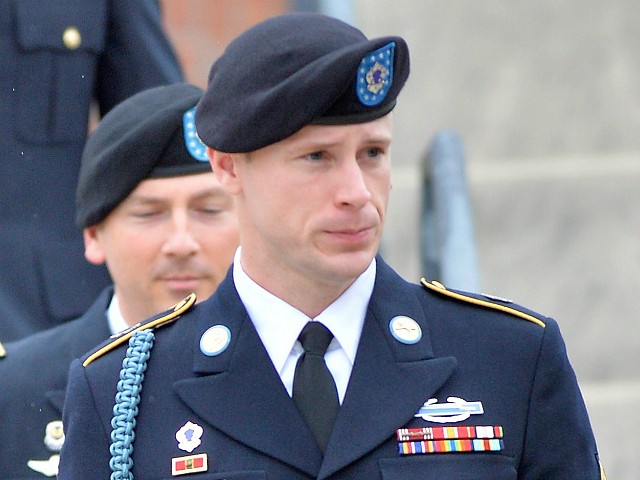 U.S. Army Sgt. Bowe Bergdahl leaves the Ft. Bragg military courthouse with his legal team after a pretrial hearing on May 17, 2016, in Ft. Bragg, North Carolina. Bergdahl faces charges of desertion and endangering troops stemming from his decision to leave his outpost in Afghanistan in 2009, which resulted in his capture and imprisonment for five years by the Taliban. (Photo by Sara D. Davis/Getty Images)

The Biden State Department astonished terrorism experts on August 27 by falsely claiming the Taliban and Haqqani Network are “separate entities,” when in fact they have always been tightly fused, with numerous individuals holding high-level positions in both organizations. The Biden team needed to create the fiction of separation because the Haqqanis are a designated terrorist organization, so it would be politically difficult for the U.S. government to have dealings with them.

Two weeks after those fraudulent statements by the Biden administration, Haqqani Network leader Sirajuddin Haqqani — son of the network’s founder, wanted for questioning by the FBI in connection with a 2008 terror attack in Kabul that killed an American citizen, and target of a $10 million reward posted by the U.S. State Department — was appointed interior minister of the new Taliban government.

Another top Haqqani terrorist operative, Khalil Ur-Rahman Haqqani — entrusted with “security” for the Kabul airport by the Biden administration during the evacuation — was named Minister of Refugees, a very grim omen for Afghan refugees.