Using her verified Twitter account, Reilly responded to a New York Times article about what looks like an act of domestic terrorism against a pro-life group in Madison, Wisconsin.

The tweet from the far-left Times said, “The headquarters of an anti-abortion group in Madison, Wis., was set on fire Sunday morning in an act of vandalism that included the attempted use of a Molotov cocktail and graffiti that read, “If abortions aren’t safe…”

Reilly retweeted the Times‘ tweet with her own call for more violence of this kind.

“[M]ore of this,” she tweeted. “[M]ay these people never know a moment of peace or safety until they rot in the ground.”

That tweet is not hard to decipher or confusing. Reilly was neither subtle nor cryptic. She is openly calling for more firebombing of pro-life organizations.

This is who these people are … and by “these people,” I mean the American corporate media.

Reilly is not some out there wacko. According to her own bio, Reilly has written for  Variety, Teen Vogue, and the Washington Post — so-called mainstream publications.

This is just another example of how the corporate media are now a plague of violent, neurotic, bitter, unstable, deeply unhappy left-wing freaks who see their cause — including the cause of murdering innocent, unborn babies right up until birth — as so righteous that there are no moral boundaries when it comes to protecting and furthering that cause.

Antifa and Black Lives Matter are both left-wing terrorist groups, are both responsible for the burning and looting of countless Democrat-run cities, and our media not only lionize both as the second coming of Martin Luther King, but the media also cover up their serial crimes against people and property.

We are now dealing with a corporate media backed by billions and billions of corporate dollars that not only blatantly lie to the public but are ready and eager to encourage and justify violence, including the firebombing of pro-life groups, against those they see as their political enemies — and that is anyone to the right of Joy Reid.

These people are dangerous, they’re unstable, and their only “morality” is that which furthers the fascist cause.

These are bad people, evil people, demonic people desperate to preserve their barbaric “right” to sacrifice a living child to the god of their own narcissism. 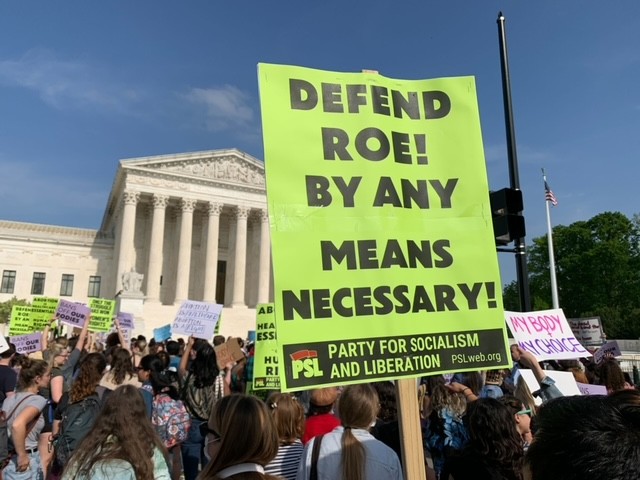